A Twitter user @Sicknology (via GSMArena) has uploaded series of photos that reveal Samsung Galaxy Note Olympic edition. The images show the handset wearing a Union Jack back cover along with the phone’s packaging is also on display. According to publication, the phone will be sold in the UK through O2 although the company is also working towards bringing out Galaxy Y Olympics variant. The phone’s Olympic edition will include a £1 (around $1.55) contribution to “Team GB athletes of the future,” and the chance to win tickets to the Olympics. 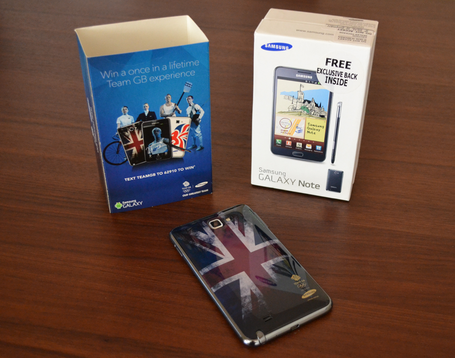