TmoNews has able to grab a series of photos which appears to look as a branded T-Mobile version of the Samsung’s 5.3-inch Galaxy Note. It consists of number of T-Mobile apps including T-Mobile Name ID, T-Mobile Mall, T-Mobile TV and My T-Mobile. The battery compartment reveals a model number of SGH-T879, with the phone also reporting that it is running version 4.0.3 of Android. Currently this news is nothing more than a piece of sand until it was officially announced by the company as well as carrier, but what good for the mobile company is that it might be having another carrier partner to boost up its sale. 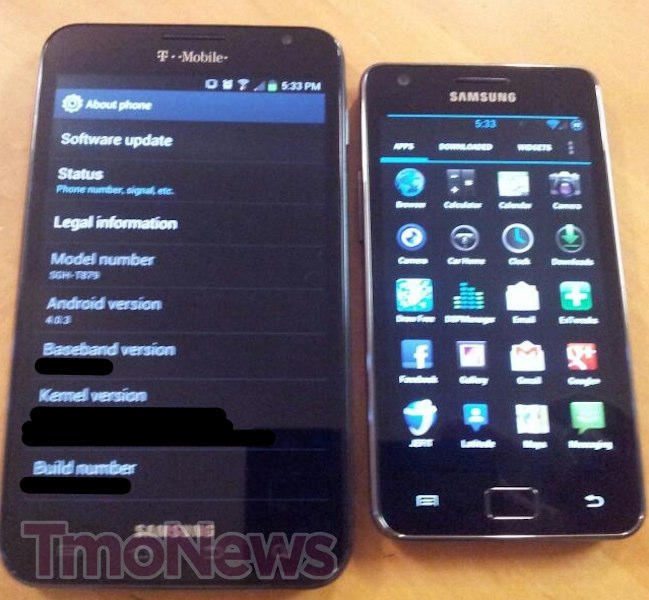