Samsung today announced its first smartphone with a curved screen name the Galaxy Round. While the device bears similarities with the Galaxy Note 3, but its list of features include a 5.7-inch 1080p screen, runs on Android 4.3, 7.9mm thick and weighs 154g and packs a 13-megapixel rear camera and 2.3 GHz quad-core processor. 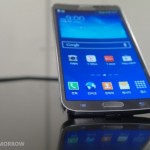 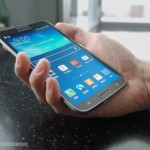