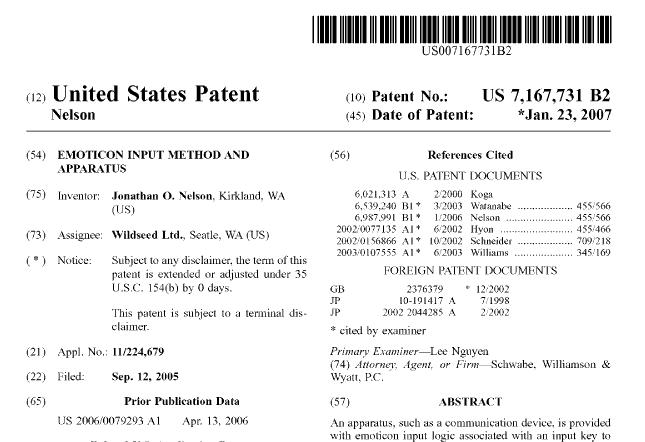 Adding more to Samsung and Research In Motion patent war, a company name Varia Holdings is in the process of suing both the mobile maker giants over installing emoticon shortcut menus on their mobile phones. The patent titled, “emoticon input method and apparatus” (US patent no. 7167731), reports Ars Technica.

The patent was filed in 2005 and granted in 2007 to a startup called Wildseed that was acquired by AOL, according to Ars Technica. Jonathan O. Nelson invented the emoticon menu in question. A company called Varia Mobile later spun off from AOL and grabbed by Varia Holdings in such a way. The company asserts that it owns the idea of pop-up emoticon menus, which let users easily insert a happy or frowny face without having to type out the characters one at a time.