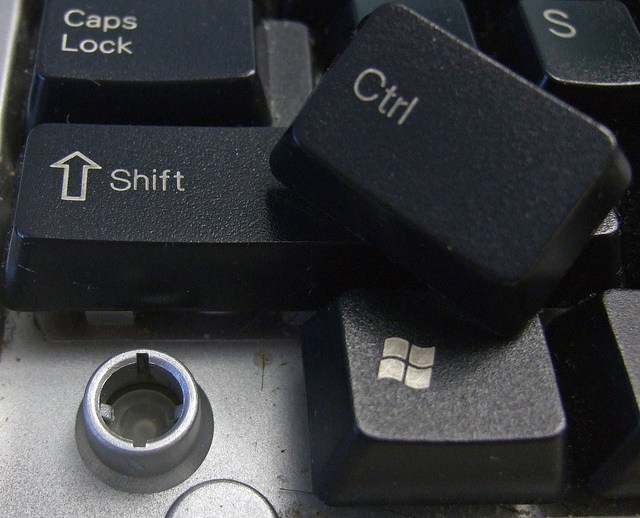 Repetitive Strain Injuries are becoming more commonplace and replacing more traditional workplace injuries such as vibration white finger. Office workers and gamers are the most at risk due to long periods of time spent repeating the same tasks and motions. Today we are looking at different types of tech that have the potential to cause an RSI.

Repetitive Strain Injury is a collective name used to describe a number of conditions that can affect the muscles, nerves and tendons in your fingers, hands, wrist arms and back.

Although these are two different items, they usually come hand in hand. Typists are amongst the most common sufferers due to the rhythmic motion of typing over 50 words per minute for hours a day. The original victims to RSI were data imputers who would only use one hand on the number pad, increasing the repetitiveness of their task. The two major elements that led to issues were the lack of breaks and the position of the typists hands, arms and wrists. Someone typing for extended periods of time should use a wrist rest to raise the carpal tunnel and avoid injury. Also regular rests and stretching should be performed to allow the fingers, hands and wrists to recover. Your employer can’t make you type none stop without rests or they would be subject to RSI compensation.

Whilst using a computer the mouse is an integral tool for navigating through pages and software. The pitfall of using a mouse is that you will put your wrist and fingers under strain. If used for long periods and without your wrist and carpal tunnel raised you will start to experience pain when ever performing this task. Having your arm flat to the table tempts you to hinge on your wrist rather than move your whole arm in motion to control the mouse. One tip to reduce the movement needed when using is to reduce the speed of the mouse. Like when using a keyboard, rest and stretches must be done to allow your body to recuperate.

It is hard to remember a time when phones were not an integral part of our lives. So much can be done with them, meaning they are rarely out of our hands. Terms like ‘Blackberry thumb’ have been coined due to the damage done by people constantly texting and scrolling. Like on a keyboard, people will type away for hours with no significant rest causing permanent damage, usually to the thumb. This may be even be for work and your employer still has a responsibility to protect your health. The best option is to type on the phone as little as possible and use an ergonomically set up computer.

Using an iPad or alike will have similar risks to a phone and keyboard but it has an additional danger. The issue is the position taken to use the device; it is nearly impossible to find a comfortable position to type. Some will hold it in one hand and type with the other, which will cause issues to the holding hand and well as the typing. Many state that a tablet isn’t a viable way to type for long periods of use.

Playing computer games require constant repetitive actions, which is the prime cause of RSI. This could be done with a joystick, control pad, keyboard or mouse. This risk is then increased by the long periods people play games for without rest. There is a generation of people with an RSI in their finger from playing Track and Field.

You have to look after yourself as you won’t have an employer insisting on rests and supplying you with supports and aids. All the same precautions explained above apply for gamers too.

About the Author
Chris Evans

Wrote by Chris Evans of Atrium Legal. Atrium are experts in workers help, giving advice on how to avoid injury and illness in the workplace. RSI is a condition that many people suffer from due to their job.