Research in Motion on Sunday announced that Thorsten Heins as company’s new President and Chief Executive Officer. Mike Lazaridis, former Co-Chair and Co-CEO, has become Vice Chair of RIM’s Board and Chair of the Board’s new Innovation Committee.

The Globe has reported that the company finally buckled to a year of pressure to replace Jim Balsillie and Mike Lazaridis, the two men who were the face of the company for decades, and who ran the company in a co-CEO system that investors had long ago declared untenable. 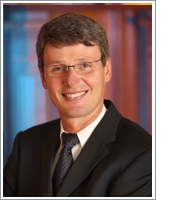 On the transition to CEO by Mr. Heins, Mr. Lazaridis said, “There comes a time in the growth of every successful company when the founders recognize the need to pass the baton to new leadership. Jim and I went to the Board and told them that we thought that time was now.  With BlackBerry 7 now out, PlayBook 2.0 shipping in February and BlackBerry 10 expected to ship later this year, the company is entering a new phase, and we felt it was time for a new leader to take it through that phase and beyond.  Jim, the Board and I all agreed that leader should be Thorsten Heins.”

Mr. Heins said he believes that RIM has tremendous potential.  He joined RIM from Siemens Communications Group in December 2007 as Senior Vice President for Hardware Engineering and became Chief Operating Officer for Product and Sales in August 2011.

The RIM’s decision to replace its co-CEOs has been growing steadily, even as RIM gets its house in order again. Company earlier this month, unveiled Playbook OS 2.0 which does feature its own email client. The only question strikes this time is what Heins will add-on to the company.