In a recent video interview with G4TV, Eiichiro Sasaki, the Resident Evil game director said that the Resident Evil 6 will be set in China and its control scheme will be different to its earlier versions. “I think China has something unique about it. It has a certain flavor and atmosphere that you don’t have in many other countries.” 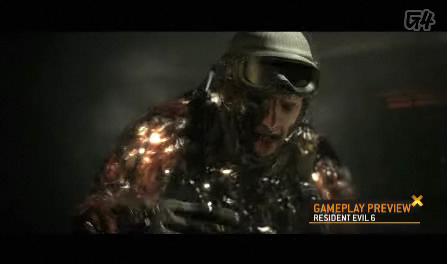 “We wanted to create a control scheme that was stress-free for the player – something that was intuitive and easy for them to use,” Sasaki said. “We took a look at all the recent games and tried to follow where controls for action shooters are trending to see what we can learn from that and how we can incorporate that in Resident Evil 6.”

Sasaki said that while players can walk and shoot, Resident Evil 6 isn’t necessarily a run and gun type of shooter. Adding: “There are scenes where you can dodge enemies and you can fall down on your back and shoot up at the enemies towering over you.”

“There are also all-new actions that we added to the game, but we made sure it wasn’t just action for the sake of action.” Executive producer at Capcom Hiroyuki Kobayashi also appeared in the video to say that Resident Evil 6 will be taking “the good stuff” from Resident Evil 4 and 5.”This time we’re trying to focus on horror as entertainment rather than survival horror – something that is all encompassing.”
About the Author
Editorial Staff