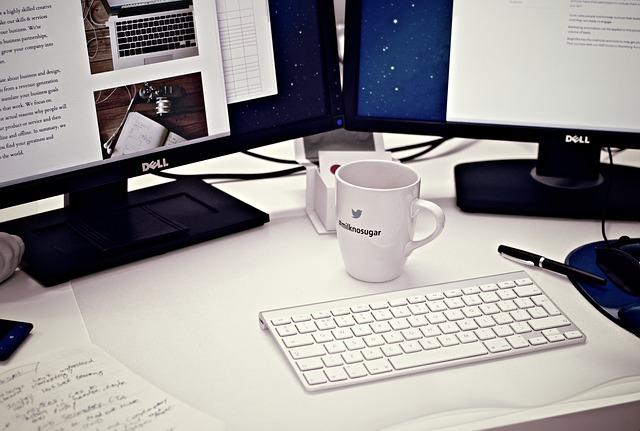 Do you have a story that’s so awesome that you enjoy telling it every chance you get? In fact, do you like it so much that you often run the risk of repeating it to people who may have already heard it? In many cases, it’s worth the risk, because it’s so cool that you want to make sure that everyone had heard it at least once.

Sometimes, this happens with old content. Maybe it’s an article that was so well-received a few years back that you’d love to run it again today. Or perhaps there was an awesome piece that never made it to the published stage due to space considerations or some other compelling reason.

The fact remains, sometimes old content can have a new life. Re-purposing old content not only saves time and money, it also exposes a whole new audience to its awesomeness. After all, a few years on the Internet is like decades in the real world. It’s kind of like the human years-dog years paradigm, but with a lot fewer fleas or drinking from the toilet (usually).

Here are some ideas on how to re-purpose that old content and give it a new incarnation of coolness. After you finish, check out “Don’t Forget: Leftover Content Can Be Delicious Too” for some more thoughts.

This is the most straightforward tactic. You take the old piece, update it, refresh it, and re-release it. How do you refresh it? Add some new original material, perhaps information that wasn’t available during the content’s initial release.

If you’re going to do this, however, there are a few things to keep in mind. Make sure the content that you’re recycling was well-received the first time around, and not some weak piece that no one liked. As Beavis and Butt-head once observed, “You can’t polish a turd.”

Furthermore, make sure your references aren’t dated. Avoid material that mentions hot news stories or trends that were amazing two years ago but have now been relegated to the closet. Make the content timeless, or, to use the proper term, “evergreen”.

Do you have an old podcast that went over really well? Why not write it up into an article and publish it online? Or perhaps you have an amazing article that is worth turning into a podcast! Maybe you did an e-mail campaign that had some fantastic content, and you’re doing something similar in an SMS text marketing campaign. You can lift some of the better salient points of the email and chop them down into Tweets.

Of course, if you’re feeling brave, you can take any of the above, turn it into a video, and upload it to YouTube. With any luck, it will go viral.

Say for instance that two years ago you ran a highly-read, very entertaining, and somewhat polarizing piece called “Six Reasons Why Android Smart Phones Are Better Than iPhones”. You could take each of those six points and expand them into separate blog posts, then run a series. Not only would you be re-purposing good content and saving time and money, you would now have an instant six-part series that will fill up your production schedule for the near future, saving you the worry of what you’re going to publish. If you update your content three times a week, you have just planned out your schedule for the next two weeks!

Have you written a guest post for someone else’s blog? Was it a good piece that garnered a lot of responses and hits? Do you want to publish it yourself? If you’ve answered “yes” to all of these questions, contact the owner of the blog that you guest-wrote for and ask if you can republish it on your own site. Of course, it helps if there’s been a measure of time between the host’s initial posting and your planned publishing date. It works even better if the original piece has already been taken down or archived.

In order to sweeten the deal, offer to place a note in the republished piece that mentions where it was originally published, as well as a backlink to the site. Website hosts love having traffic driven to their site.

Bundle Your Stuff Into An E-Book

Maybe you’ve written a series of blog posts that were very well-received. Have you ever considered simply gathering them all together, cleaning them up, and releasing them as an e-book? What writer doesn’t want to have a book or two in their body of work? Conversely, if you’ve published an e-book, take a chapter or extended passage and flesh it out into an online article or blog post.

Turn A News Piece Into An Op-Ed One

If you’ve ever written a news article, you know that you’re not supposed to editorialize. It’s strictly the facts. But perhaps you’ve written a particularly riveting news story that could be the basis of an opinion piece. After all, opinions are better when they’re backed up with facts, so using a news story as your foundation is a very good way to start. Then you can feel free to throw as many of your opinions out there as you want.

Finally, why not just take the piece and approach it from the other side’s viewpoint? After all, it’s an accepted practice in debating to argue the point that you’re actually opposed to; it’s a good way to test your ideas and opinions. So why not try it with an already-created piece? It would be an eye-opener for sure.

There are other ways to re-purpose, but these seven above ideas represent a respectable start. If you’re fortunate enough to have a treasure trove of old content that’s really fantastic, then you owe it to the people out there who haven’t read it to introduce them to it, albeit in a different form.

Content is an important thing for any website, and the article “Why Content Matters? Reasons You Should Know” gives some compelling reasons as to why. But if you can fulfill the need for good content by re-purposing old content, then so much the better.