Shenzhen Proview Chairman Yang Rongshan states that if Apple wants to use iPad trademark in China, they have to pay a proper compensation, Dow Jones reports. “If we are not compensated properly, then Apple doesn’t use the iPad trademark in mainland China,” said Yang, who is also the main shareholder of Proview International Holdings Ltd., a Hong Kong-listed company that has been suspended from trading.

Proview, the Taiwanese firm which is little unknown before the time it start making a “big iPad” shout on Apple’s iPad product – which holds the legally right to the iPad trademark in China. The ongoing tiff between Apple and Proview over the iPad trademark issue reached an extreme mark when Amazon China and Suning have become the first online retailers to remove the iPad from their catalogue in China – on the trademark fall-out.

Yang’s comments just come a day after AllThingsD revealed strong evidence suggesting Apple owns the patents rights – the compelling evidence that Apple has in support of its ongoing ‘iPad trademark’ tiff has already purchased the trademark rights in China. Apple has records of all the emails that it received from Proview’s legal staff in China at the time of cracking the deal – the emails even include the sale of the iPad trademark in the country.

There is still no news that how much compensation the firm is in lieu of seeking from Apple – but according to Dow Jones reports, the creditors have indicated that the company has been advised for $2 billion. Yang also said that Proview had turned out 10,000-20,000 iPad products since 1998 but had stopped production due to the trademark dispute with Apple. 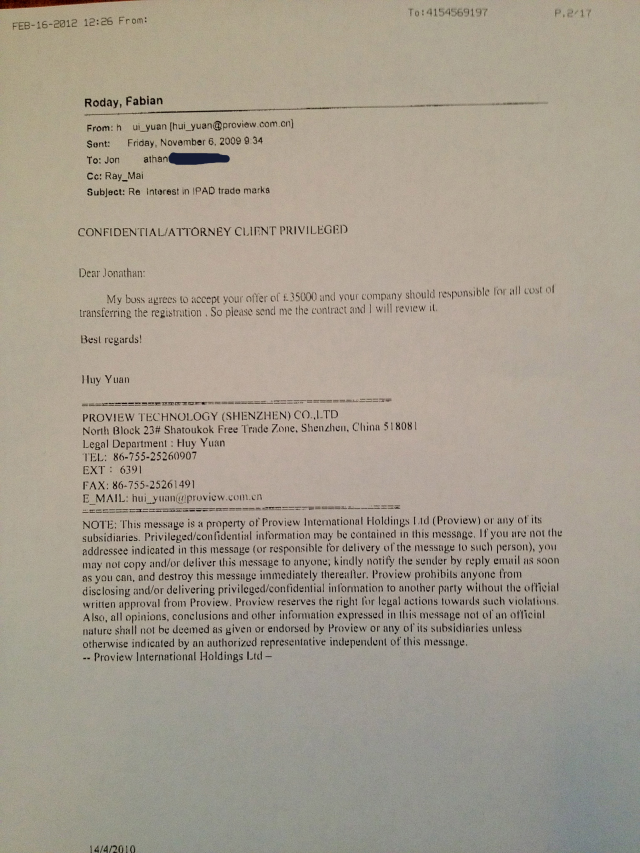 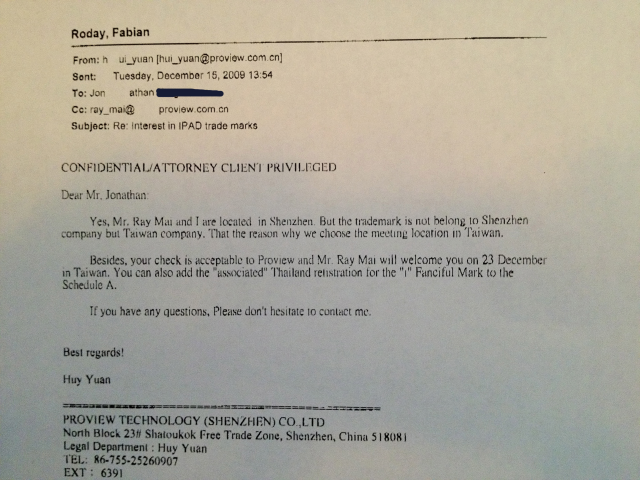 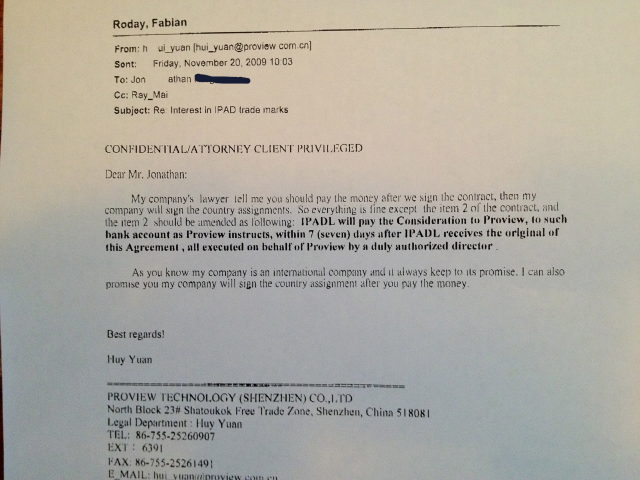 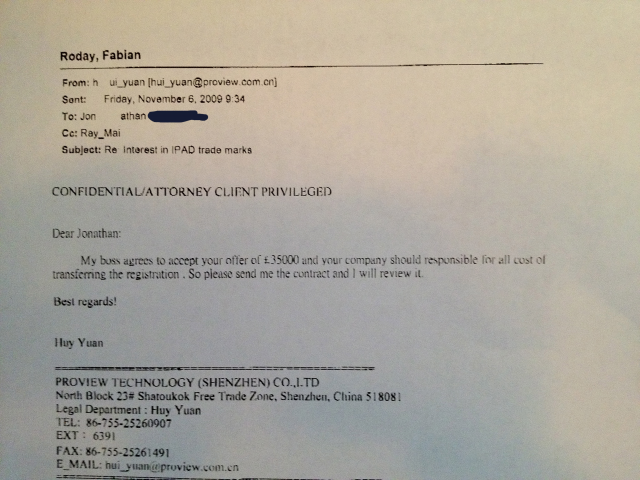 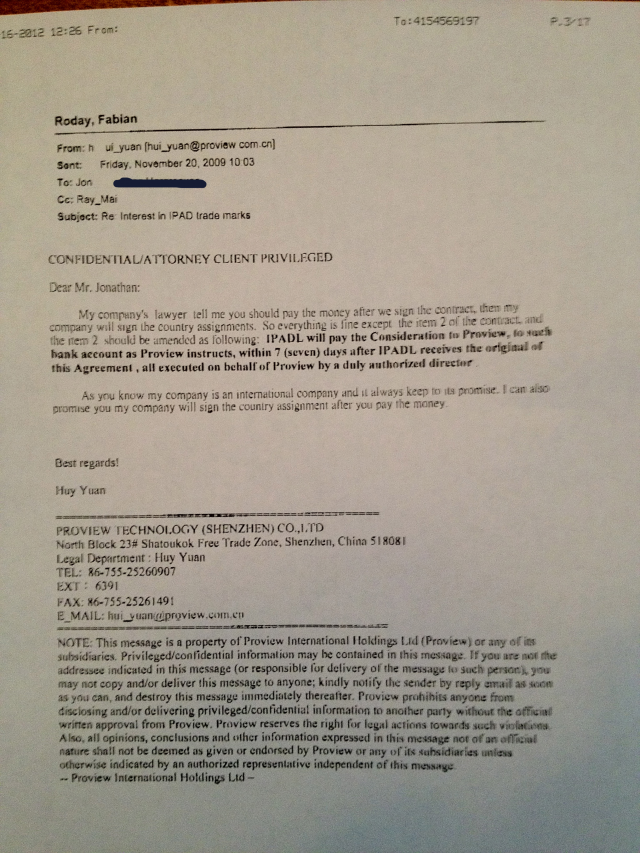 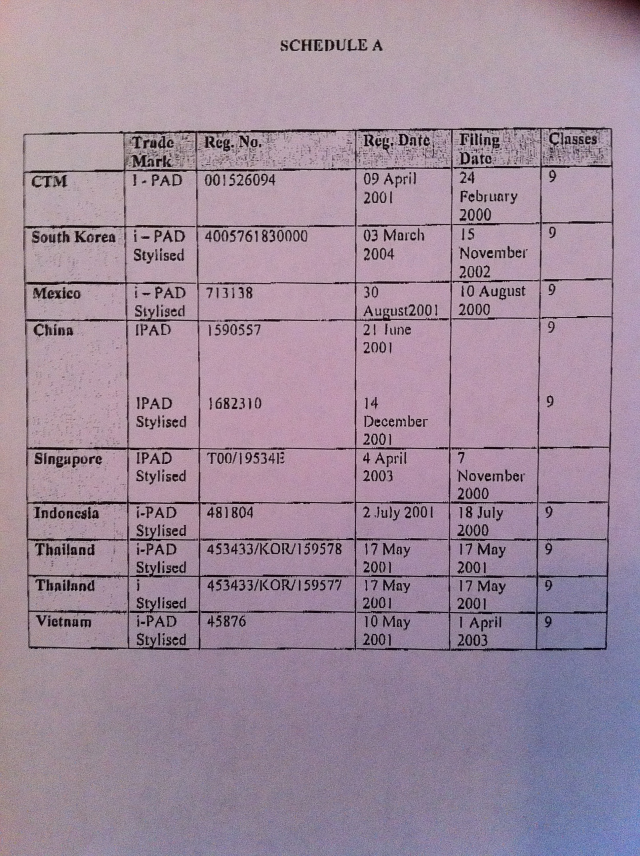 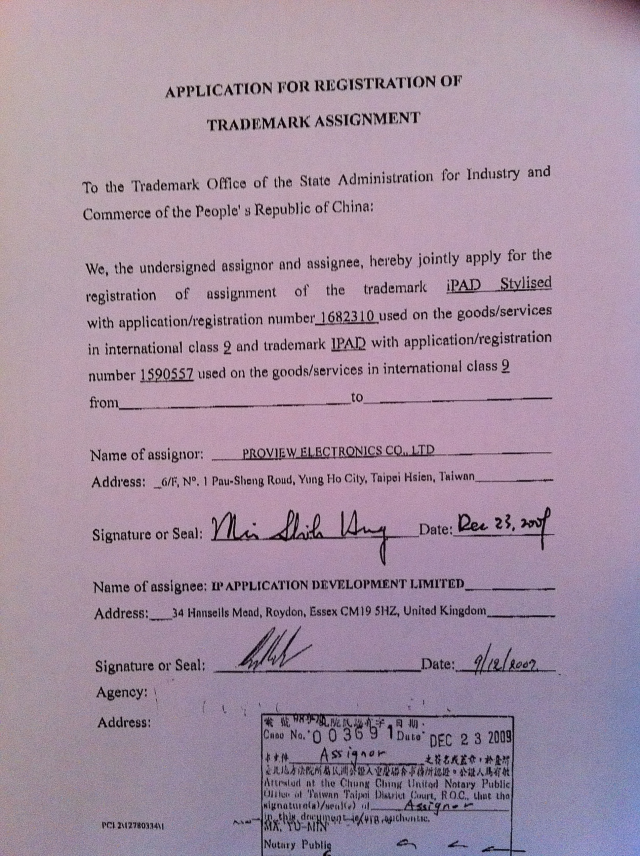 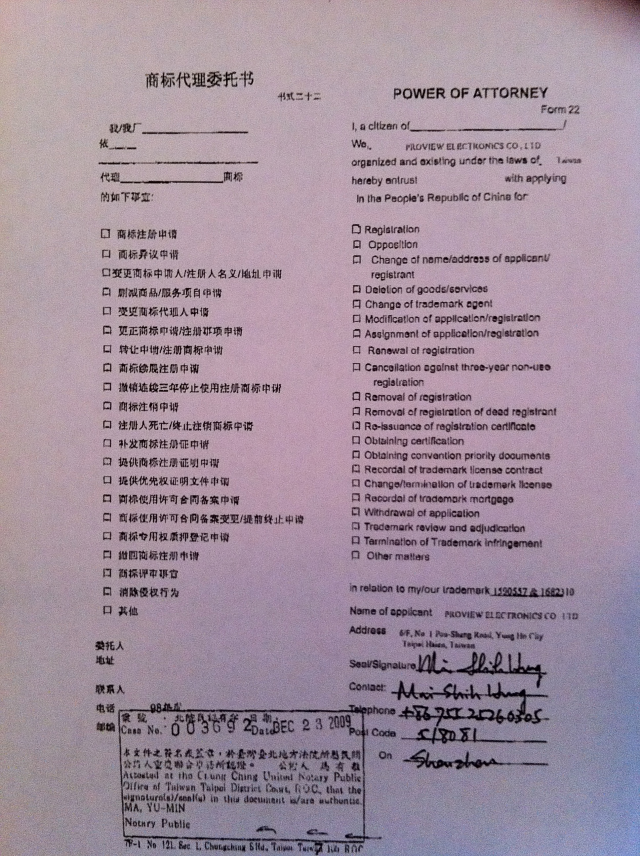 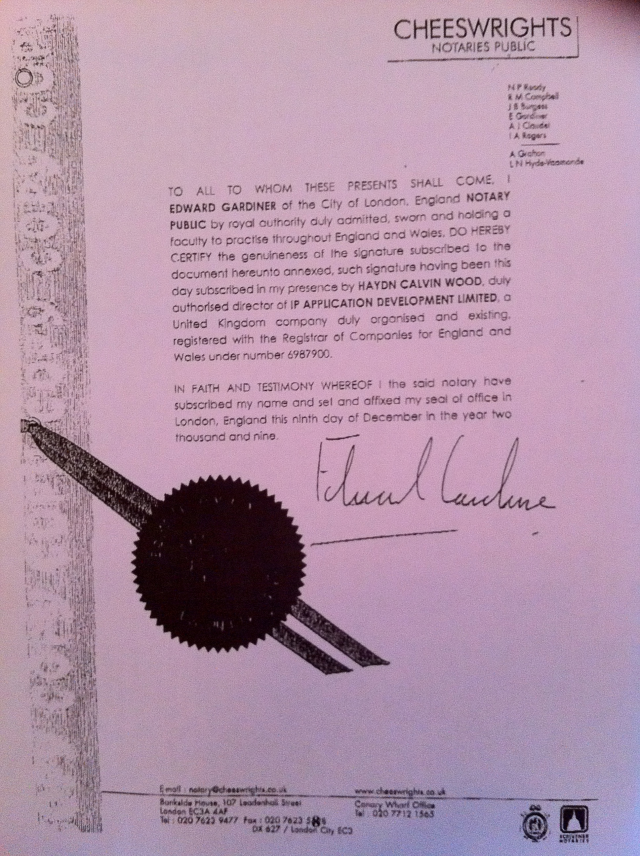 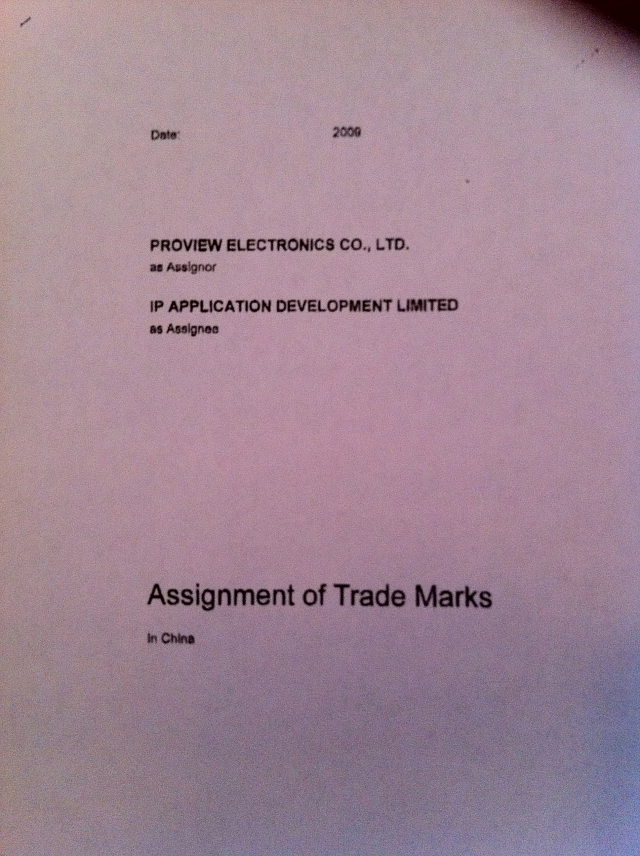 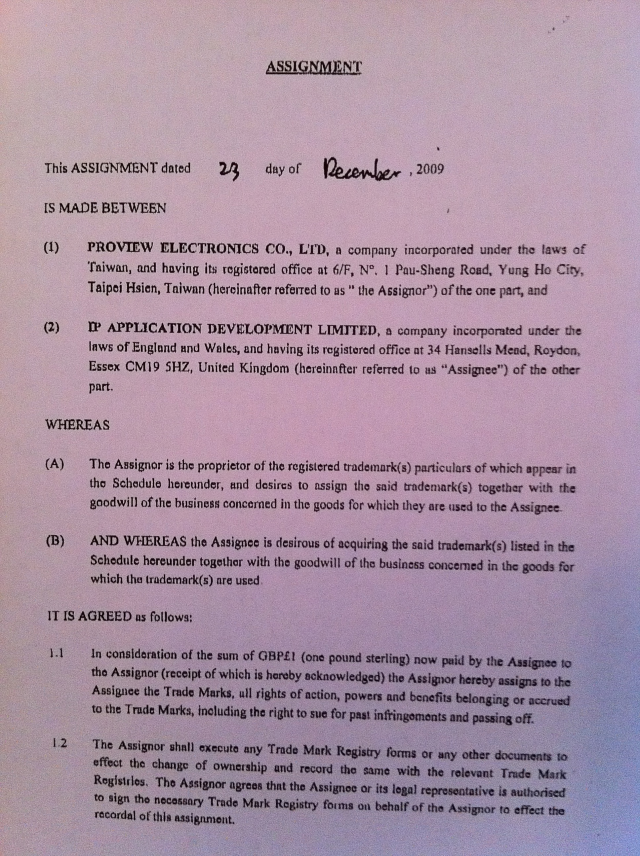 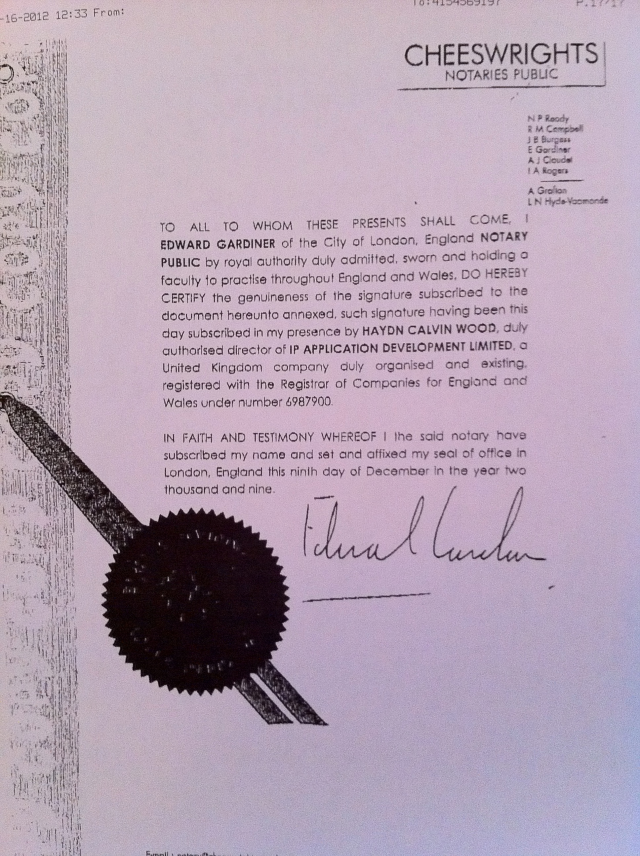 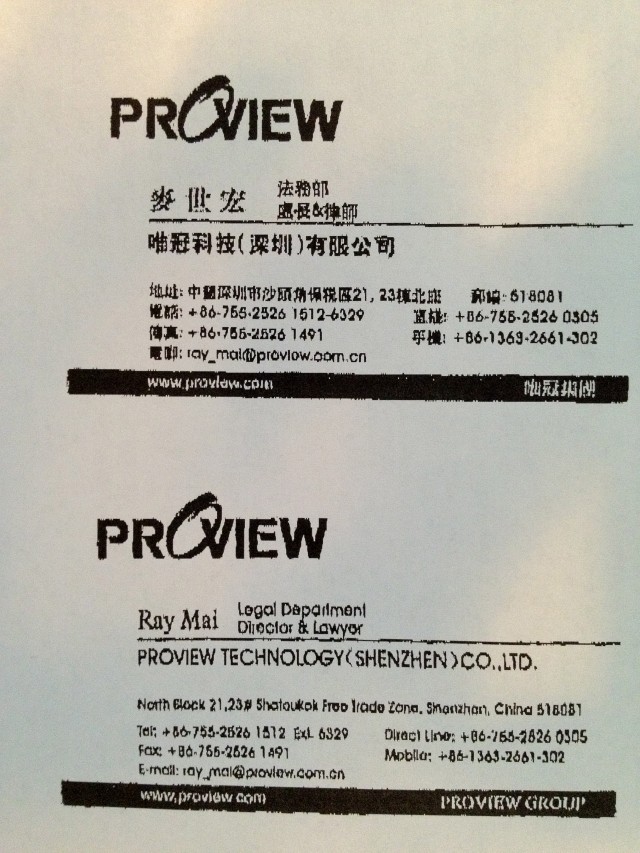 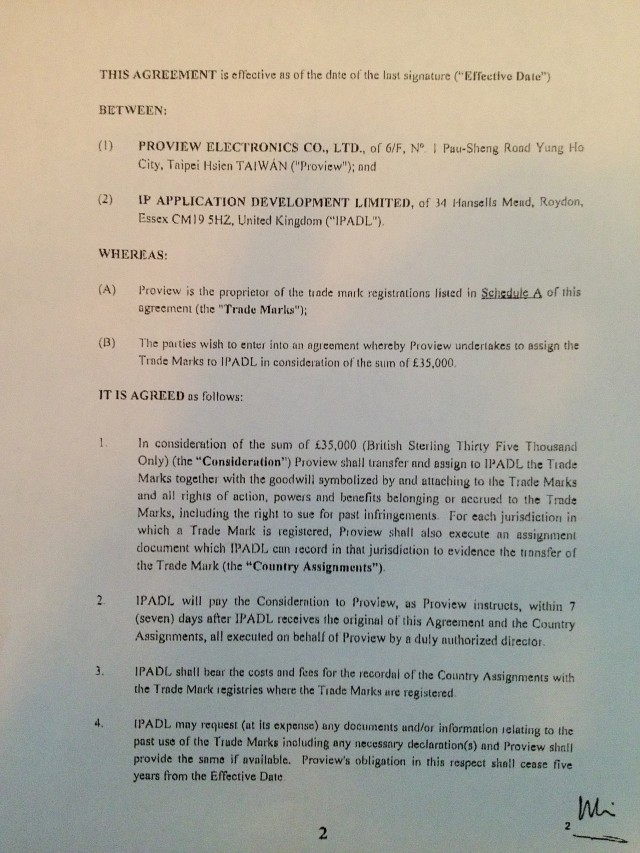 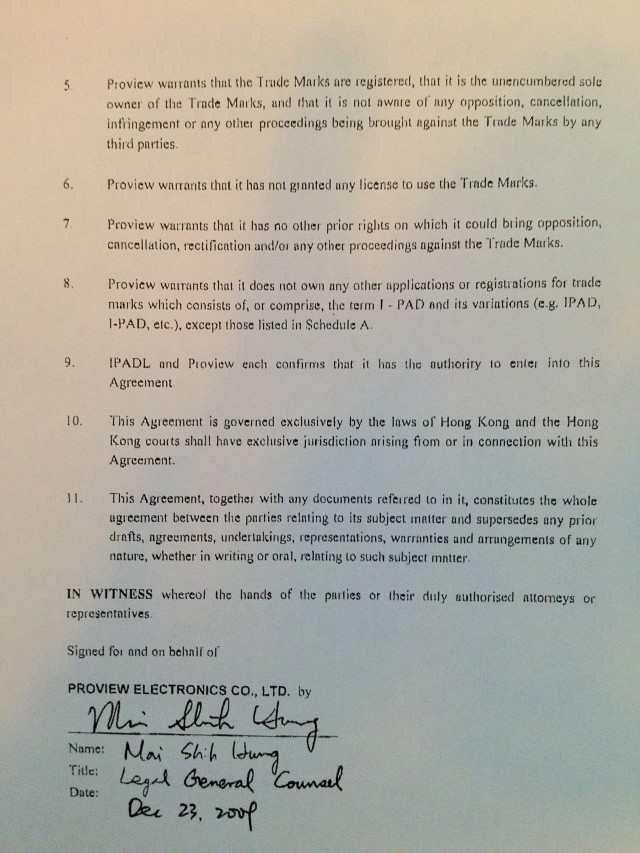