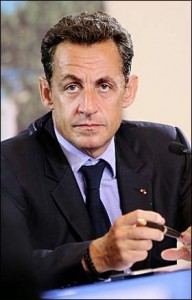 French President Sarkozy announced that France from now onwards would seek to punish frequent visitors of extremist websites in order to fight its homegrown terrorists, reports Reuters. The announcement was made following the death of a 23-year-old gunman Mohamed Merah who said al Qaeda inspired him to kill seven French people

“From now on, any person who habitually consults websites that advocate terrorism or that call for hate and violence will be punished. France will not tolerate ideological indoctrination on its soil,” Sarkozy said in a statement. These words are seems to be pointing correct since France polls are in one month and Sarkozy is running for re-election.