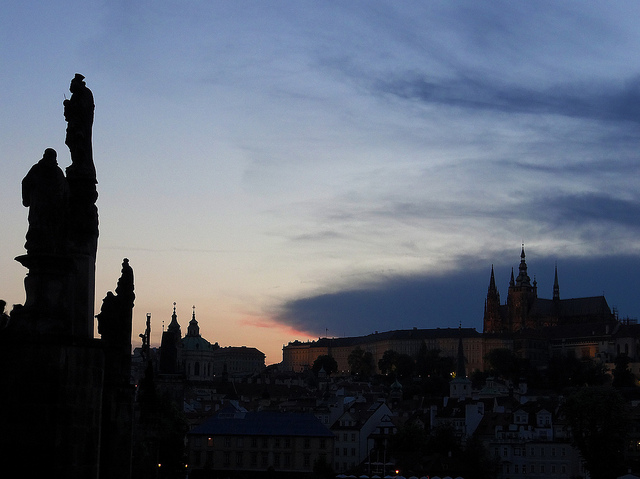 Prague, the capital city of Czech Republic is located in the heart of Europe. This city is one of the top destinations for visitors planning an exhilarating European holiday. The city is encompassed in culture, history, might, ecstasy and allure of its own.

It has been branded as one of the most beautiful places on Earth since the Middle-Ages. Prague has its olden times deeply rooted and is most famous for being a city which remained unscathed during the fatal Second World War.

866 hectares of its significant city center has been listed a UNESCO World Heritage Site from 1992 and today presents that perfect aura of a vivacious metropolis. With so much to it, there is a lot to uncover of a city as magnificent as this. It is for this grandeur that Prague is bestowed with adjectives like “Golden,” “City of a hundred spires,” and “The crown of the world.”

If you are in the city on a holiday then you should begin it with a stroll around the city. There is architectural prowess to be found throughout which provides an absolute delight to the eyes. Once you take a round of the city to your heart’s content next visit on the list should be the Prague Castle or Strahov Monastery. You will feel rewarded when you hear the tinkle of Loreto’s bells in the castle.

The small house which was once home the celebrated writer Franz Kafka and the sprawling gardens in the castle are breathtaking. You can relish the quaint view of the whole city from its attractive red roofs. The garden is enchanting especially for the different hues that trees present with every change of season.

Then there is the mighty 14th century old Charles Bridge which offers contrasting scene during the day and the night. During the day this bridge is bustling with activities as street artists are spotted entertaining the crowd all around. However, the night at the same locale is full of tranquility, romance and peace.

The Old Town Square is the place that offers a lovely peek at the Astronomical Clock and where apostles are seen parading down. The clock which works on the old mechanism leaves you wondering! Within the vicinity is the Jewish quarter with its synagogue, Golem Story, the mystic old cemetery, art-nouveau-style Municipal House and the modern-centre Wenceslas square.

And just as you begin to get hunger pangs you can step into a stylish cafeteria for a hot cup of coffee with quick bite munchies. A lot of tradition coffee houses around the corner boast of distinguished clientele such as Václav Havel, Franz Kafka, Albert Einstein or Wolfgang Amadeus Mozart. You can step in and become a part of history yourself!

You can savor your taste buds to some of the authentic Czech delicacies like venison, roast duck along with a mug of chilled Czech beer overlooking the river.

Post meal you can relax at a ballet, disco, concert, theater or go clubbing with that someone special to call it a day!

About the Author
Dawn Richard

Dawn Richard is an associate editor of Farebuzz.com. The website offers exclusive information related to How to book cheap tickets and how to book a perfect hotel room.