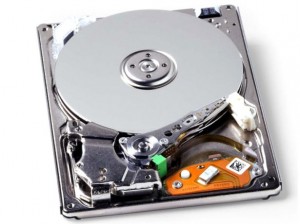 According to Exame Informatica – via TechEye, the ‘minor’ legislative update proposed by the Portuguese Socialist Party in Portugal. The proposal would have consumers paying an extra €0.2 per gigabyte in tax, almost €21 extra per terabyte of data on hard drives. Devices with storage capacities in excess of 1TB would pay an aggravated tax of 2.5 cents per GB. That means a 2TB device will in fact pile on €51.2 in taxes alone (2.5 cents times 2048GB). It means a 2TB drive would cost an additional €103.2 per unit (5 cents times 2048GB).

The storage devices like DVDs and CDs pay a 3 percent fixed surtax, besides VAT, as a sort of penalty for being copyright violation enablers. USB pens and memory cards will be taxed at 6 cents to the gigabyte, while internal storage on mobile phones and other similar storage devices will be charged 50 cents to the gigabyte.  Copy devices would also be affected by this legislation: photocopiers and multi function printers would also be taxed according to the number of pages copied per minute, with a 70 ppm MFP being charged up to €227 more per device.