According to a new study from Google, “Understanding the Modern Gamer,” has analyzed game related searches for around two years looking out for different facts, figures and insights. The study considered hundreds of millions of video game searches defining the trend saying that the a title follows the bell curve at starts during the announcement period, will be at peak at the time of launch, and about 540 percent increase in searches over the initial months.

The study also found patterns that provided information over all the course of timings then whether it will be the pre-launch/release/post-launch bell curve. Interesting to note, in descending order, the five search categories on desktop computers during the six months are “release date,” “trailer,” “image,” “review,” and “demo.” Another thing revealed is that players tended to use mobile devices such as smartphones and tablets as second screen option during gameplay. To read the complete report and find more interesting facts and figures, click here. 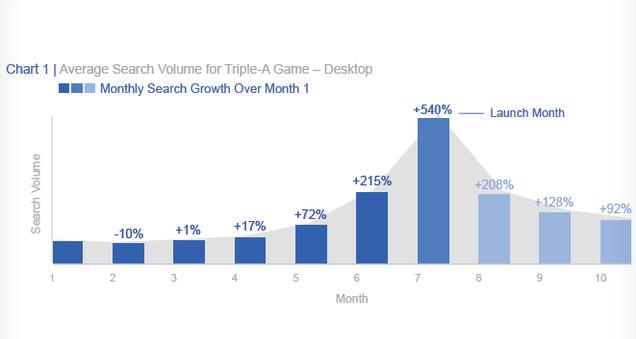