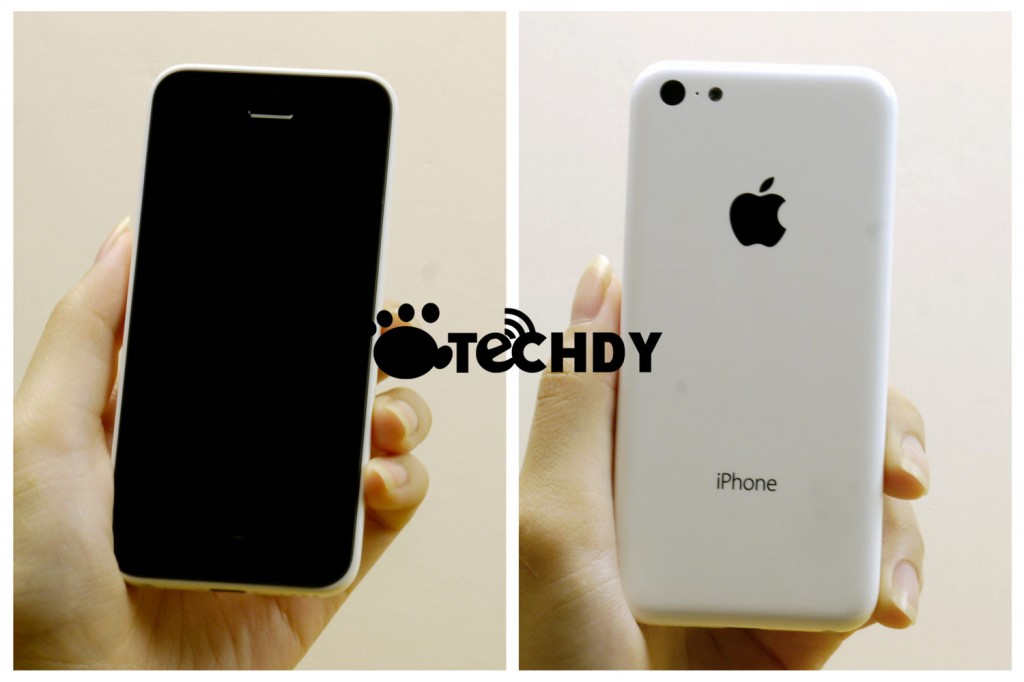 Although in our last report, we suggested that Apple’s iPhone would be not be as cheaper as its claim to be, a publication name Techdy blog had a hands on with the device and has shared both photos and video. The report suggests that the device will be made from plastic and having a 4-inch screen, just like the iPhone 5 and having a shape similar to that of Apple’s iPod.

The device further features a glass on the front which been sticks out a little, while having a space for second microphone at the bottom. There are pre-aligned screw holes inside the rear shell while there is a clear space for camera, LED flash and microphone. There are thinner bezels down each side of the display.

There will be more to come as we get closer to get more information about the Apple’s low-cost iPhone.