TRENDING
Navigate
Categorized as
2462
Tagged as
CampaignLive For NowPepsiTwitter
Related 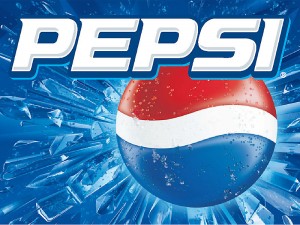 Pepsi has unveiled its first global campaign joining forces with Twitter titled, “Live for Now,” based on the brand’s new global positioning.  “Live for Now” will invite and inspire Pepsi fans to live each moment to the fullest through a breadth of global, pop-culture platforms, including relationships with music and entertainment brand evangelists, digital innovation, epic events and unique partnerships.  The multi-year campaign will launch first in the United States and begin to roll-out globally throughout 2012.

Brad Jakeman, president, Global Enjoyment Brands, PepsiCo said, “‘Live for Now’ is considerably more than a positioning statement or a single ad creative – it is the central governing idea for the brand globally. Pepsi has always inspired people to embrace the ‘now’ by being at the epicenter of, and helping to define, pop-culture.  ‘Live for Now’ embodies a mind-set that is true of Pepsi loyalists around the world, while still connecting with a large and growing number of consumers who share the same values.  It will enable the brand to deepen its global equity in a relevant and authentic way, and has already inspired a differentiated way of thinking about brand behavior across the entire Pepsi global marketing system.”

Pepsi will present a series of exclusive pop-up as part of the “Live for Now” platform in the U.S., Twitter-enabled concerts this summer featuring major music artists.  Additionally, Pepsi’s first of its kind Twitter music partnership will enhance consumers’ music experiences and bring them closer to what is hot in music today.  The Twitter partnership will kick-off in the U.S. on May 7. The ad features global music artist Nicki Minaj’s mega hit ‘Moment 4 Life’. “Live for Now” in the U.S., includes TV, radio, cinema and outdoor advertising, experiential as well as digital and social media platforms.