Panasonic has announced the successor to the GF3 – the Lumix DMC-GF5, a new model to its Micro Four Thirds camera lineup today. The GF5 features a totally redesigned, 12.1-megapixel Live MOS sensor, plus the latest iteration of the Venus processor. The camera shoots 1080i video at 60 frames per second in AVCHD, or 1440 x 1080 in MP4. The GF5’s 3-inch, 922,000-dot LCD is touch-enabled, and the interface now makes a lot more sense for your fingers. The GF5 will be available later this year in black, white, and red, and will cost $599 with a 14-42mm kit lens or $749 with a power zoom lens. 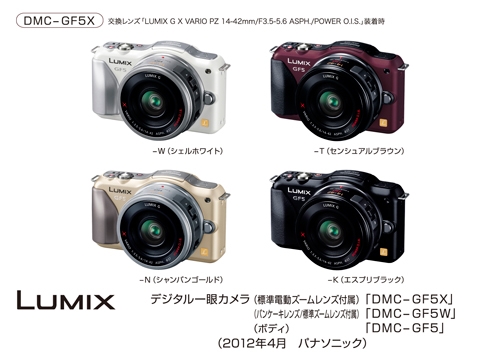