It was just last week only when Microsoft unveiled Windows 8.1, formerly known as Windows Blue and today as expected, Paul Thurrott shared two images of the upcoming Outlook 2013 RT. Thurrott says via winsupersite.com that for the next few weeks he has been testing Outlook 2013 on Surface RT table and will determine impacts on performance, battery life, and reliability of the device. 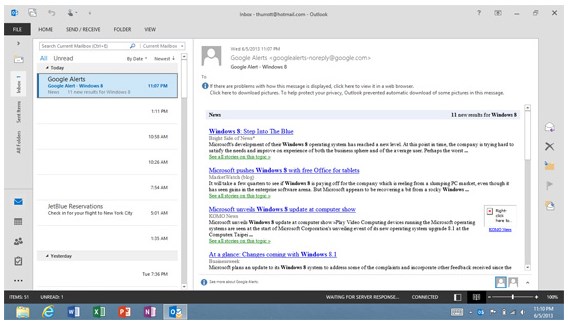 Also earlier today, Microsoft’s Tami Reller confirmed that the Windows RT tablet will receive Outlook 2013 as part of Windows 8.1 update. Outlook 2013 will come up with Word, Excel, PowerPoint and OneNote – all preinstalled on Surface RT tablet. 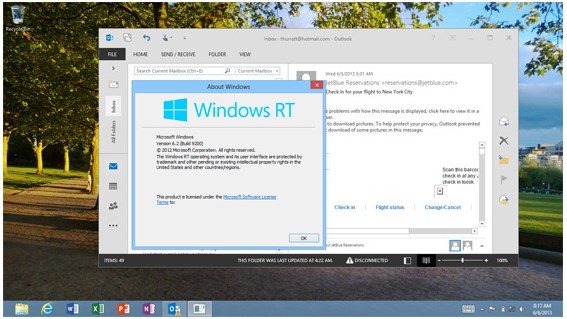 While we are now just three weeks away from the big launch as Microsoft going to unveiled Windows 8.1 on June 26 and we believe till the mean time more things on the way.