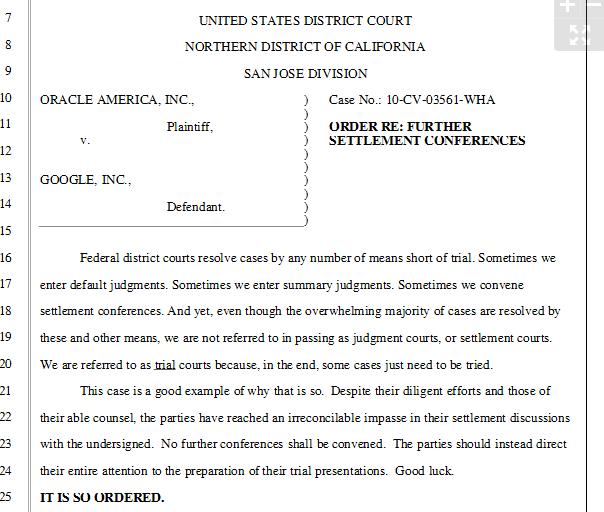 Seems like Oracle and Google, are not intended to end the dispute our Java Patents to end soon, as US Magistrate Judge Paul Grewal has issued a court order stating that the two parties have failed to reach a mutually acceptable solution to their disagreement. Google earlier proposed to pay Oracle a percentage of Android revenue if Oracle could prove patent infringement. Oracle sued Google back in 2010 claiming that the search giant’s Android technology infringed Oracle’s Java patents.

There are only two patents remaining in the case — US RE38,104 and US 6,061,520 — and Google proposed an ongoing royalty to Oracle of up to .015 percent of Android revenues for the ’520 patent, which expires in 2018, and up to .5 percent for the ’104 patent, which expires this December. Google is only offering to pay a total of $2.8 million for any past infringement of those patents.