Last week Apple’s Siri, the virtual personal assistant, was telling the whole world that the Nokia’s Lumia 900 was the best smartphone ever, but now what the thing comes into light is that Finnish mobile giant accuses Apple of overriding Siri to remove Lumia 900 endorsement. The strange thing happened and comes to notice when CNET staffer ask Siri which smartphone is the best evey, the reply comes as the one you’re holding. 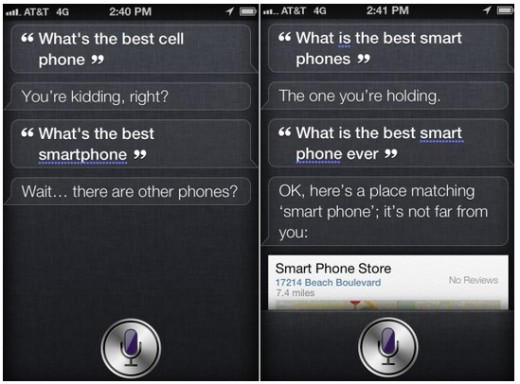 Wolfram Alpha’s answer was based on “customer review average” across the Web. Two CNET staffers in San Francisco, however, got Yelp results as a response. It was expected that Siri would point out to the Nokia Lumia 900 as the best smartphone ever as answer, but it does not happened.