Its deal time: Nokia today released a new update to Nokia Maps, with Groupon Now! deals and the journey planner. The version upgraded to 2.5 of its Maps application for Windows Phone. Groupon deals will be indentified with a green “G” along with other local search results with clicking on one will direct you to Groupon’s mobile site. The feature will currently available only in United States. 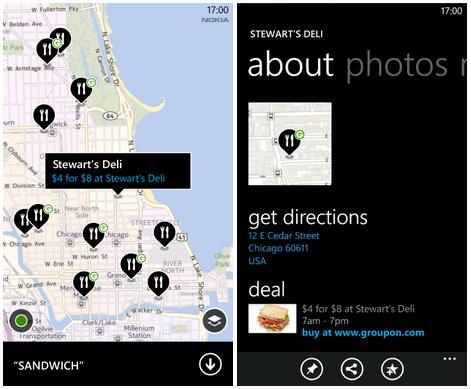 The company also introduced advance route planning, along with the standard route creation with saved routes can also be shared. The app currently available only for Lumia phones users now, although it will make its debuts in the Windows Phone Marketplace soon.