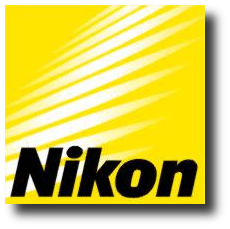 Nikon just reported its third quarter results for the fiscal year 2011 and as common with most of the Japanese tech companies – Nikon put the claims on Thailand floods. The flooding happened in October, 2011 in Thailand caused water damage to Nikon (Thailand) Co., Ltd., a consolidated manufacturing subsidiary of Nikon in the Rojana Industrial Park in Ayutthaya Province located in Central Thailand. Nikon has recognized losses of ¥10.904 million (about $143.1 million) on fixed assets and inventories suffered damages from the flooding as extraordinary loss.

Nikon is down by ¥12 billion ($157.52 million) year on year, posting a net loss of ¥3.7 billion ($48.57 million). Nevertheless, the company still expects to make a profit in the fiscal year ending March 2012, forecasting net income of ¥55 billion overall — an increase on last year, when it made ¥27.312 billion ($358.5 million). The company currently expects that the amounts of the additional losses due to the flooding such as salary paid during suspension of the operation etc. will not have a significant impact on Nikon’s consolidated financial performance for the fiscal year ending March, 2012.