Tesla – an electric car maker came out with there Model-X on Thursday in California. It’s an all electric SUV and a minivan hybrid. Model-X has cool “falcon” gullwing-like doors named after Tesla CEO Elon Musk’s Falcon. Tesla CEO focused on the innovative side doors. Sources said the Model X, which is expected to be priced similar to the $57,500 Model S sedan set to debut this summer, can go from 0 to 60 miles per hour in 4.4 seconds, or 0.2 seconds quicker than a Porsche 911. It will have two power versions, 60 kWh or 80 kWh, as well as a choice of RWD, AWD and “performance” AWD. 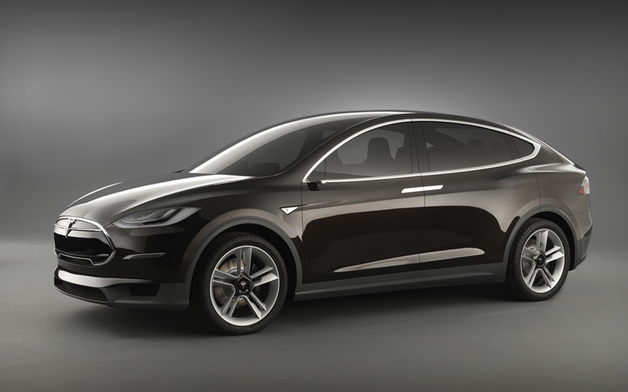 Musk – The Model X is built on the backbone of the Model S, Tesla’s sedan and can fit seven real adults and their luggage. Model -S has low skateboard battery but the space was an issue, but model-x is more spacious with same skateboard as model-S. Model-X will be powered by dual electric motors and either a 60 or 85 Kilowatt battery pack. So if model-S doesn’t match your speed Tesla have something sportier for you. Tesla  also offers a huge 17-inch touchscreen as its center console in both the model-S and model-X, The base model starts at $49,000 including in tax credits, but according to the New York Times, choosing options including the largest available battery pack and extra features can bring the total cost to $90,000.  The new model was shown weeks after the announcement of two high-ranking engineers’ departures sent Tesla’s stock price falling sharply before it rebounded the following week. The model scheduled to hit showrooms in 2014.