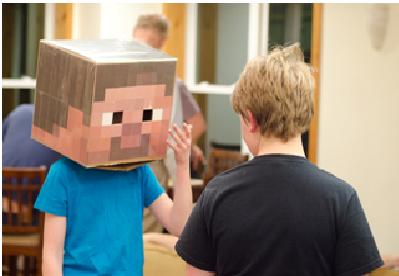 Minecraft is a sandbox game, which means it doesn’t have strict rules or goals, so players usually create those themselves. However, the game is played on a shared server, which means users frequently encounter other players’ creations, and in this interaction, beginning Minecraft players often don’t behave properly. Minecraft is literally a world of opportunity — but only if you don’t infuriate the admins and get kicked out. Here’s what to do (and what not to do) while you take your first steps in the Minecraft multiplayer universe.

Of course, within these two major groups there are hundreds of subtypes, like those for minors, those for builders, those for hackers, and more. You can easily find appropriate Minecraft games online by sorting through lists of servers. Of course, if you aren’t yet sure what type of player you are, you might want to experiment for a while until you find a server you like best.

Read and Respect All the Server’s Rules

Like I mentioned before, every server has guidelines, and you must read and follow them to be a valued Minecraft player. You may become accustomed to playing within a certain server’s rules, but when you visit another server, you shouldn’t assume that they have the same conventions. By neglecting the posted policies, you risk being ejected by the server’s admins — or worse: getting your name blacklisted. Being on a blacklist is akin to carrying around a criminal record; other servers will be reluctant to let you join due to your unsavory past. Thus, you must behave appropriately when visiting any server.

Be Considerate of Others and Their Crafts

Minecraft isn’t like other video games; every other human you meet is a living person who is trying to enjoy the game just as you are. By attacking them without warrant or cyberbullying them in any way, you are not only preventing their pleasure in the game but also potentially damaging their overall emotional state. To be a good Minecraft player, you must treat other users as you want to be treated: with respect and consideration.

Similarly, most any structure you find (besides natural ones like trees or mountains) was built by human hands. Some crafts take months or years to complete due to scarcity of resources or intricacy of design. Thus, any damage you make to Minecraft works could wreak devastation on their crafters. By all means, you should look and appreciate others’ works, but you should never tamper with projects and avoid copying unique plans. 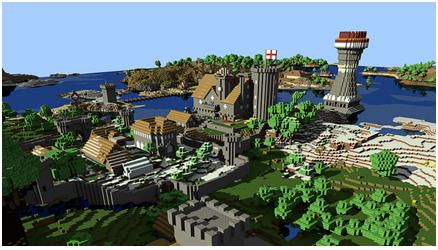 Though it may be filled with odd-looking 3D pixels, Minecraft is incredibly similar to the real world — especially when it comes to etiquette. You would never barge into a person’s home unannounced and start tearing the place apart; likewise, you should avoid teleporting into a server without asking the admins for access first. Then, anytime you wish to alter the world you are visiting, you should ask for approval. This prevents you from unknowingly ruining any projects prior users were working on.

Plenty of Minecraft servers actually maintain whitelists that prevent outsiders from entering their worlds without permission for this very reason: Strangers would jump in, destroy months of work, and leave without a trace. Minecraft is supposed to be an entertaining, free-form world for people to play in and explore, and being courteous to other users is the most fundamental step to keeping the game simple and fun. Now, you can go appreciate the wondrous Minecraft world without fear.