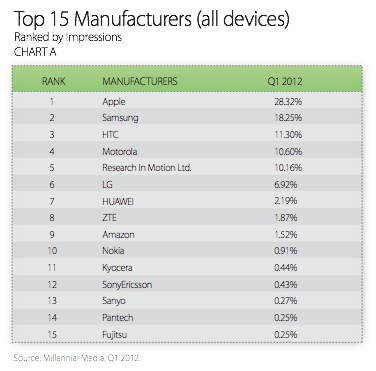 The report found that non-phone mobile devices, such as tablets, accounted for 20 percent of all impressions on the Millennial Media platform during the first quarter of 2012, compared to 15 percent in Q1 of 2011. Furthermore, Android remained the top overall operating system on the Millennial Media platform in Q1 2012, with a 49 percent share of impressions, and Apple remained the leading individual mobile device manufacturer. 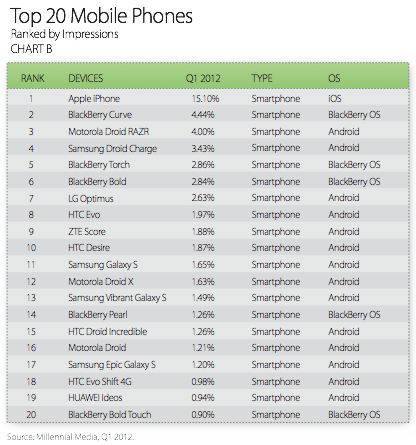 Other highlights from the Q1 Mobile Mix report include (ranked by impressions on the Millennial Media platform during the quarter):