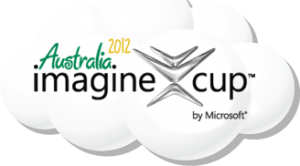 Microsoft today announced the winners of the 10th annual Imagine Cup, a competition which focus on student technology innovations, with a Ukrainian team as the winner taking the top place prize of $25,000. Talking about their project, team quadSquad developed a sensory gloves pair, called EnableTalk, which translate sign language gestures into speech using a Bluetooth-enabled Windows Phone and Microsoft’s Speech and Bing APIs. While quadSquad bangs with first prize in Software Design category while team TANG Thai from Thailand and the Drexel Dragons from the USA won this year’s game design category competition. This year Imagine cup sees more than 350 students from 75 countries travelled to Sydney after competing in local and online events. Cash prizes totaling approximately US$175,000 were awarded across eight competition categories.