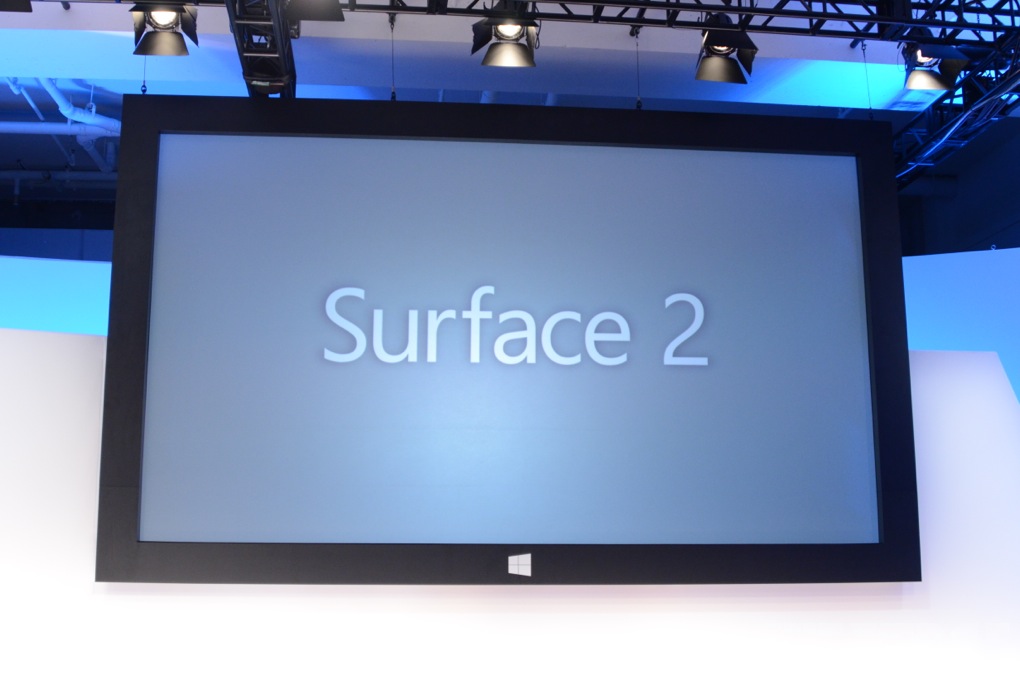 Microsoft today announced the second instalment of Surface: the Surface 2. The new Surface comes as lighter, thinner and faster with Full HD support. The company says it has added the CPU speed dramatically.

The company just like Surface Pro 2 added the Surface logo for the Surface 2 also. The tablet gets the screen of 1080pixel ClearType display as well as Windows RT 8.1 OS as its operating system. The company added that the new tab will be launched with 100,000 apps which can be accessed via Windows Store.

The Surface 2 will cost your pocket $449 and will be making its debut on October 22.