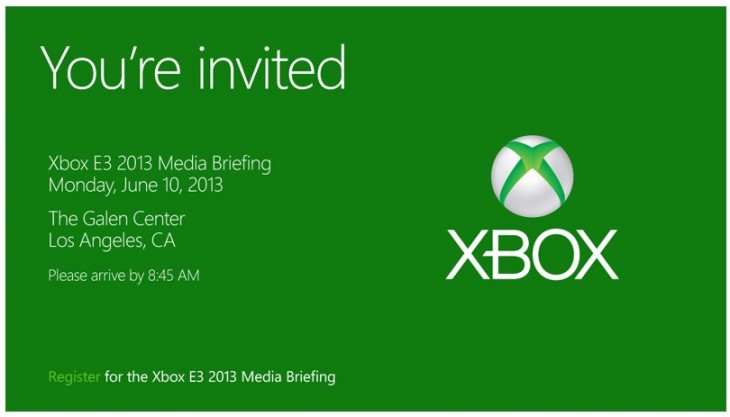 Microsoft today released invites for its upcoming pre-E3 Xbox event, which being scheduled for June 10. The invitation says, “You’re invited” followed by Xbox E3 2013 Media Briefing, Monday, June 10, 2013 with the address, where its being going to happen, The Galen Center, Los Angeles, CA with asking to arrive by 08:45 AM.

Interestingly, the company releases the invite so early if one thought of, but in actual if one wonders, what’s actually cooking inside? Do the company going to reveal more games, more contents or something else. Well, whatever it will be, we will be covering the event live and will update all you games freak accordingly.