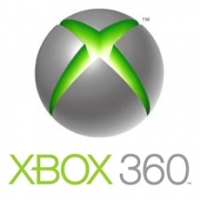 While giving the world a silent surprise today with release of OEM, Microsoft comes up with another set of “interesting” numbers. The company has generated more than $56 billion at retail from its gaming division and has sold 67 million Xbox 360 consoles units since from 2005. Ever further, has sold over 19 million Kinect motion sensors since from 2010.

Yusuf Mehdi, the chief marketing officer of Microsoft’s Interactive Entertainment Division, said on the Microsoft blog that the Xbox 360 console holds a 47 percent share of the current-generation console market. Xbox Live now has more than 40 million members, spending 84 hours per month with the console.

“Next week, the Xbox team heads to Los Angeles for E3,” Mehdi said. “Having recently joined the team, I have the benefit of fresh perspective, and one of the things that has struck me is the amount of opportunities we have ahead.”