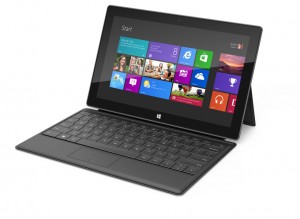 If one says, what the Surface Tablet is? The answer lies beneath that it is something on which Microsoft’s CEO Steve Ballmer having full faith on, this is what according to a recent Wall Street Journal reports suggest that the tech giant has placed an orders to manufacture between of 3 and 5 million Surface tablets in the fourth quarter. Microsoft already had taken abuzz with the first national television commercial for the upcoming launch of its Tablet entitled it as “Movement” although there are no words still on pricing of Surface RT tablets that will launch in 32GB or 64GB models but with numbers like 5 million, the company definitely aiming for quite high and yes all with positive attitude.