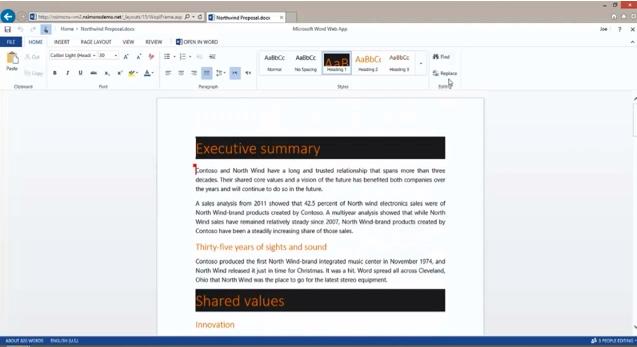 Microsoft today in the form of a 14-minute (with Office Web Apps demonstration starts at five minutes and 34 seconds in the video) YouTube video released a sneak peek of Office Web Apps real-time co-authoring will work across Windows, Android and iOS devices. Although the company still not share the date on which actually the feature will be made available for consumers, but as per one notice with the clip that this is a pre-release version of Office experiences over the web.

On comparing with an early preview video it’s clear that the co-author editing function comes similar just like that of Google Docs’ with improvement which will keep the document the same way even at the time when others want to edit text or other elements over it. The clip summoned on number of new features, including find and replacement, header and footer support and add comments ability in an edit view.