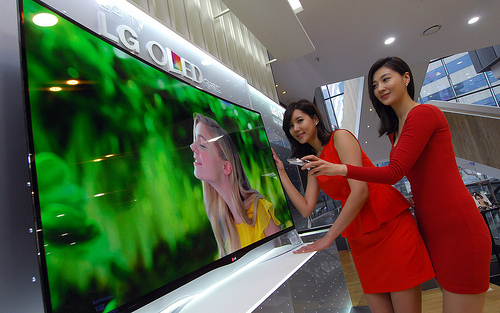 Unveiled first during at CES this January, LG today announced that it will be start taking pre-orders for its Curved OLED TVs from April 29th in Korea which starts at about 14,00 retail locations, while one can expect the delivery to take place somewhere in June. The TV will cost your pocket about $13,515 (15 million Korean won).

“Our Curved OLED TV is not only the proof of LG’s unmatched leadership in next-generation displays but also a testament to LG’s commitment to bringing to market the most exciting TV technology available today,” said Havis Kwon, President and CEO of LG’s Home Entertainment Company.

Well, we will be watching out further updates on its roll out and will update accordingly.