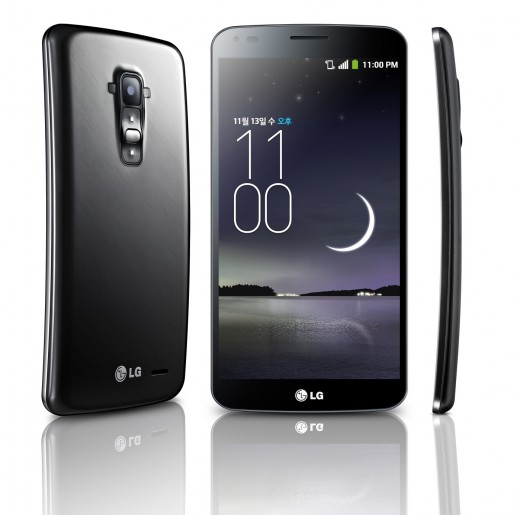 LG today officially announced the details of its long awaited curved-screen smartphone, the G Flex. The device features a 6-inch 720p display, 2.26GHz quad-core Snapdragon 800 processor, 2GB of RAM, a 13-megapixel camera, a 3,500 mAh battery and weighs 177g. The company mention the G Flex as the “world’s first ‘real’ curved smartphone,” while it does include a “swing lock screen” feature. The device will be rolling out in South Korea next month while the company says availability in additional markets will be announced later on.