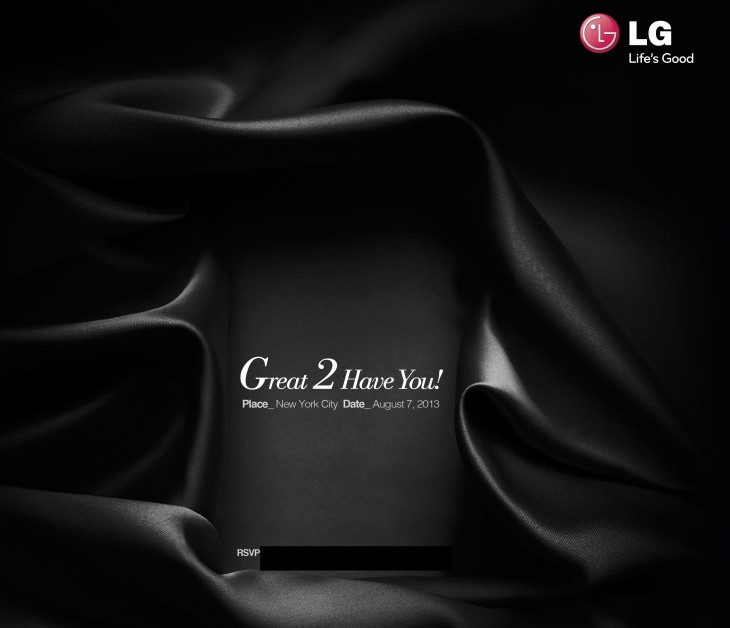 With holding an event in NYC next month on August 7 to introduce its new “G” device, the company has shared a number of hints suggesting that it will be unveiling in the event. According to the company’s latest and not-so-subtle teaser video – “To me, you are perfect. From G…” – and event invite reads: “Great 2 Have You.”

Since it’s announced that their next flagship device will be equipped with a Snapdragon S800 processor. Although words not turned out to be real until the company make it official but according to Anand Tech, the device features an impressive specs sheet, which includes LTE-Advanced, Ultra HD video capture and playback, screen resolution of up to 2560 X 2048 pixels, 1080pixels HD streaming and other features.

We have to wait until next month when LG officially debut the device.