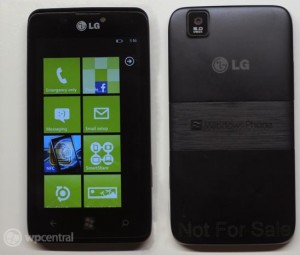 With LG still in the urge to either go with or not with Microsoft’s Windows Phone for now, but a prototype device reviewed by WPCentral that confirms that the company was planning to come up with some kind of new hardware in coming months. The phone dubbed as LG Fantasy (or E740 as know now) will comes up with a 1GHz processor, 512MB RAM, NFC support. Furthermore, the phone is coming with a custom build of Windows Phone 7.5 Mango integrating NFC allowing users to share contact info, memos, URLs, and messages with other NFC-enabled devices. Well this is something that we are hearing (rumoured) hardware specs at the moment, but we can’t say anything until this comes up a real name (Fantasy or E740 or what the company loves to call it as in future) when the company officially announce its presence.