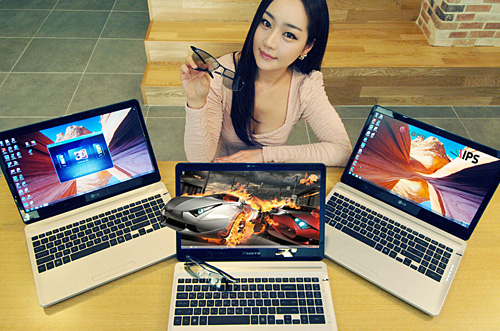 LG officially announced the Xnote A540 laptop series for Korean market. The laptop is equipped with a glasses-free screen built in “eye-tracking” technology. Also, contains a feature that translates normal 2D content into 3D and further includes a Core i7 processor and a GeForce GT555M graphics chip. The model is offered along with a model name A540 T/D with a 1080 pixel, 3D screen which require glasses and a non-3D model name A540-P with IPS screen and 1080 pixel. The glasses-free laptop starts at ₩2.25 million (about $2,000), while the IPS model starts at ₩1.93 million (about $1,700) and the standard 3D model coming in at ₩1.7 million (about $1,500).