The Verge citing tipster showed up a leaked document representing Windows 8 ThinkPad Tablet 2, the tablet focusing on business users. Talking about configuration, the Lenovo soon-to-be-new device will includes a dual-core Intel Clover Trail processor, 2GB of RAM, 64GB of storage and a 10.1-inch WXGA display. Other feature includes optional support for pen input, NFC, a fingerprint reader, a dock that includes a keyboard, and LTE / HSPA+ connectivity. Although with that much configuration, the company admit by saying that it’s “hard to compete” with Apple’s App Store as “that is considered ‘The Standard.’” There are no words on when the tablet will go on sale but we will keep an eye on it and will inform as soon as we get further update. 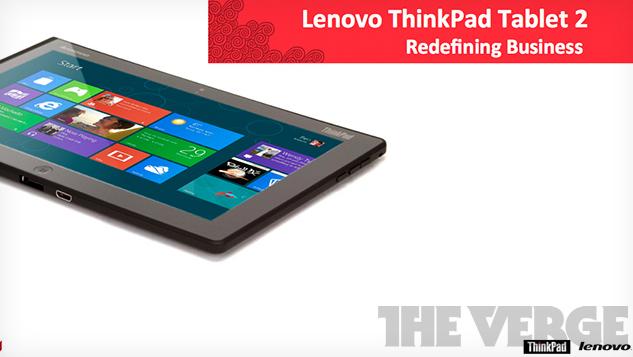