We earlier reported today the confirmation of LG’s Nexus 4 coming this October 29, another publication sharing the glimpse of other Nexus version. Korean publication Seeko (via The Verge) shared pair of images, which more often looks like a manual for a Samsung Nexus 10 codenamed “Manta.” Although there is not much of information available as of now, but the cover says loud and clear “Nexus 10: Quick Start Guide,” with sharing the weblink: support.google.com/nexus. The “Manta” will feature a 10-inch 2560 X 1600 display with an iPad beating pixel density of around 300ppi and all that with the Android 4.2 version in it. 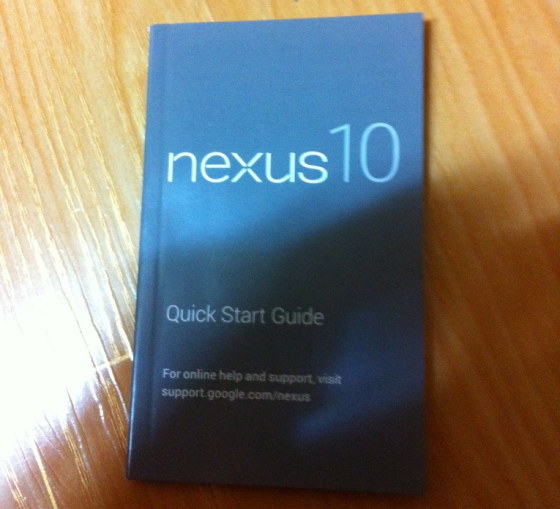