Lady Gaga – the one who is already made the mark on micro-blogging site Twitter with nearly 19 million followers topping those of anyone else on the site – has launched an invite-only beta testing social site “Little Monsters” – the site is the pop princess’s effort at creating a network built around her fan base.

Gaga’s site will emphasize sharing and creating photos and videos as well as letting other users promote content from others that they like. LittleMonsters.com — the first product created by startup Backplane — gives Gaga’s fans an outlet to create or share Gaga-related content, interact with fellow “Little Monsters” and publicly show whether they like what other users post. You can request an invite to join the network now. 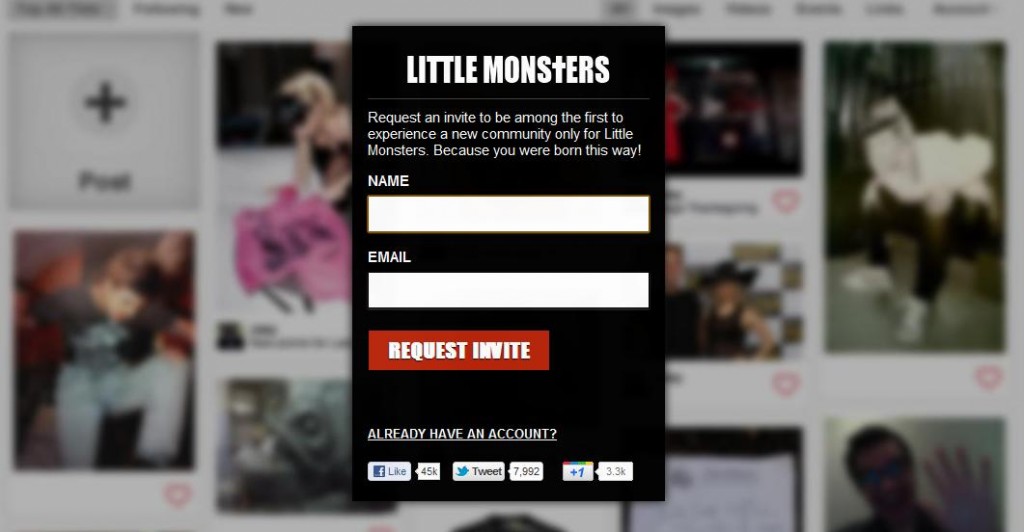 “Backplane is about bringing together communities and Gaga’s community just so happens to be the community we’re using to learn about proper functionality,” CEO Matt Michelsen said to Mashable. “We think we can really change the world.”

Even with Gaga’s massive social media presence – seeing the stats, the pop megastar joined Google+ in January and has already more than 330,000 followers in addition with her almost 19 million Twitter followers. Adding to this she is having 47 million Facebook fans and she was the first artist to hit 1 billion YouTube video views.