The Korea Herald reports that the Korea Customs Service are started tracking down on retails who have been found accused of selling over 90,000 pirated Nintendo games and illegal copying devices, including R4 and DSTT cartridges. The publication says that the pirated games and cartridges are worth an estimated $87.2 million, as per the Korean Customs. So far the Customs has referred 25 people to state prosecutors for investigation. The illegal copied software bundles were sold between $35 and $87 a base, and with up to at most 300 games stored on a single cartridge. They even advertised it as a “100 percent authentic” product guaranteed with “perfect after-sales service,” according to the KCS. It would be a major breakdown and still yet to be exploring more from all ends. 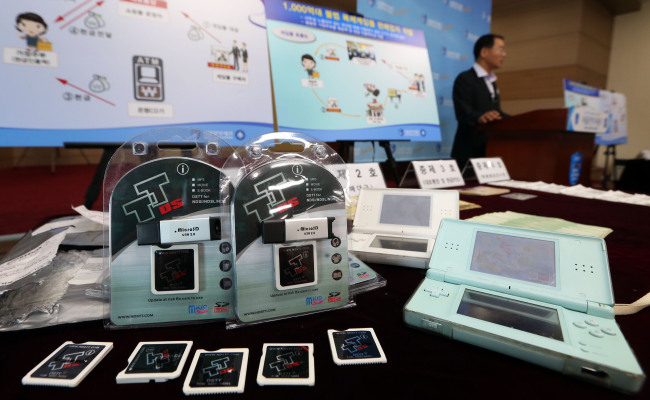