Mental disorders are not very uncommon but despite that they have always had a bad rep in society. Mental disorders have also been looked at as taboo subjects making the people who suffer from it not seek out the help and attention that it really deserves. This info graphic here does a great job at just pointing out how widespread mental illnesses really are, spoiler alert it is quite rampant. These numbers are even greater when it comes to teenagers who are affected by the illness. It is estimated that up to twenty percent of teenagers suffer from one mental disorder or the other. What is more tragic is that forever fie teenagers suffering of mental disease, only one manages to get it treated and managed. So help spread awareness by starting with this infographic first. 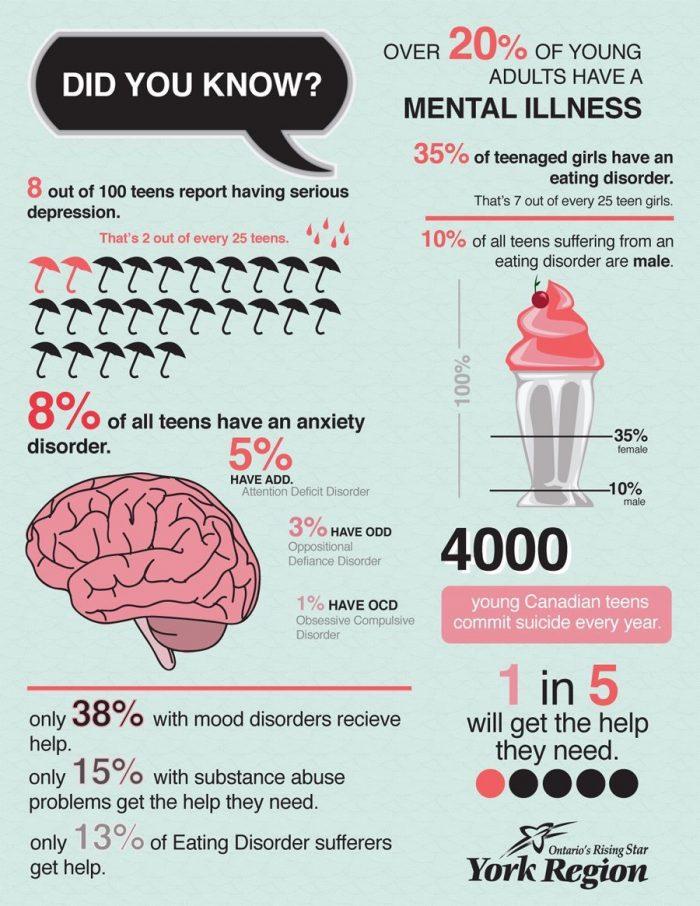