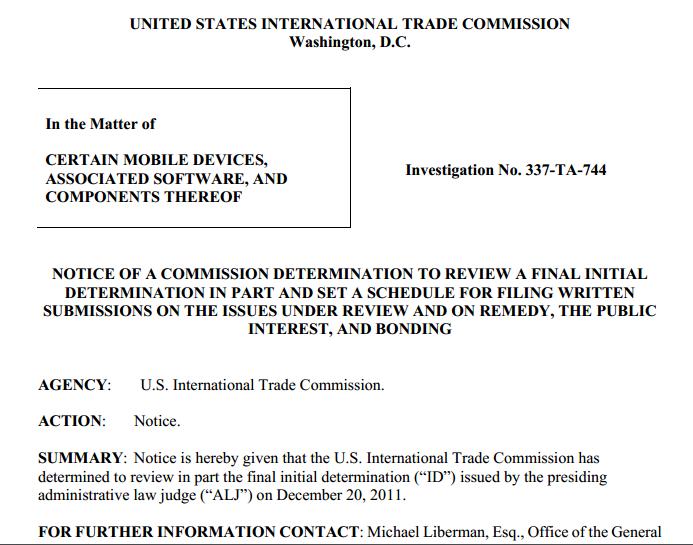 The International Trade Commission (ITC) planning out to review parts of its initial ruling from last December’s Motorola Android products infringing single Microsoft patent. An administrative law judge suggest that Motorola is only violating one of Microsoft patent whereas the software giant original claim was that Motorola’s Android handsets were in violation of nine of its patents.

Seeing to the legal fight both companies filed petitions for review following the ITC initial ruling and now, the ITC responded that it would re-evaluate parts of its decision. The trade panel wants both the patents, numbers 5,758,352 and 6,370,566 to investigate and see how the hearing’s administrative law judge determine the different aspects of the disputed patents. Both the companies are required to submit their response in written to the commission by March 19th, 2012.