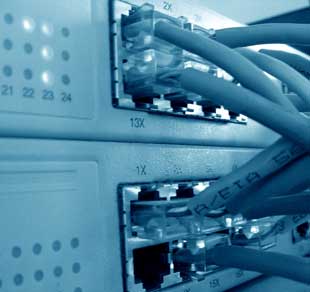 Israel’s state-owned electric company is gearing up to roll out its own high-speed national broadband network. The technology is termed as “fiber to the home” or in simple words FTTH.  It can provide connection speeds of 100 megabits to a whooping 1 gigabit per second – using fiber optic lines.

The company aims with such a move it will turn the current Israel nation at the forefront of the next generation of Internet Technology. Israel dominated by DSL and cable broadband services, with an average connection speed of about 4.5 megabits per second. 92 per cent of Israeli homes have broadband connections, a respectable number but only about 19th in the world, according to Point Topic.

The electric company is aiming to have 10 percent of the country connected to its new network by next year, and to have two-thirds covered within the next seven years. With so much at stake, it is not surprising the government is backing Israel Electric Corp.’s effort to roll out the fiber-optic network.