The popular later service Instapaper has released a new version 4.1, which has been fast tracked in order to bring Retina support to its users and including some brilliant new fonts. The new updated app wad just submitter over the weekend by developer Marco Arment which was approved by the Apple. The app further lets you notice that the ‘something to read’ section has been renamed to ‘The Feature’. 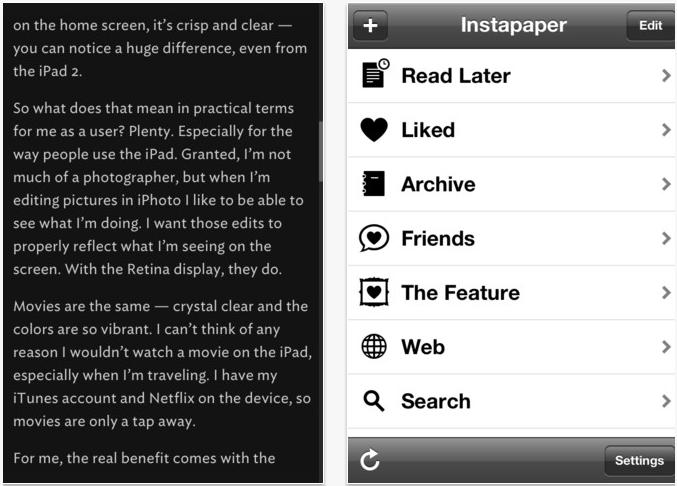