What more to say when celebrations done by cake-giving tradition. According to Mozilla’s Matt Brubeck, back in year 2006, the Internet Explorer team sent a cake to the company to congratulate on the launch of Firefox 2. Since from the time then, whenever a new version of browser released, cakes being sent off. To keep the tradition alive, Matt hand delivered a giant cake to celebrate the Internet Explorer 10 version this week to the team headquarters in Redmond, signing it as “Love Mozilla.” To see the glimpse of cake, we have pictures below: 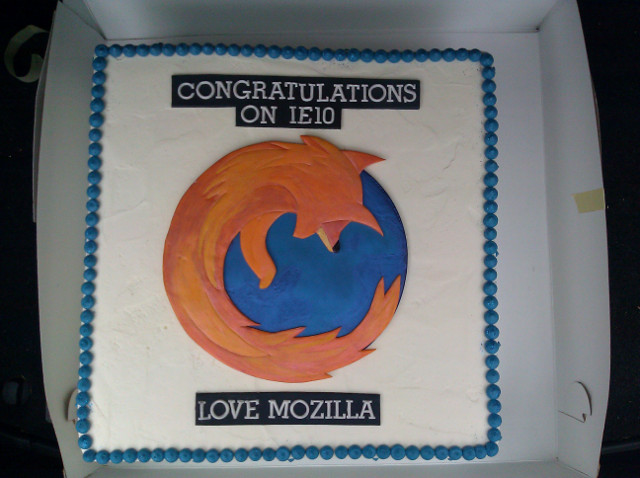 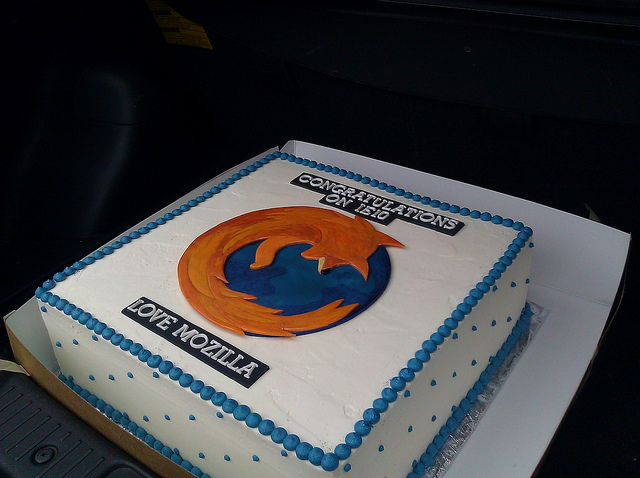 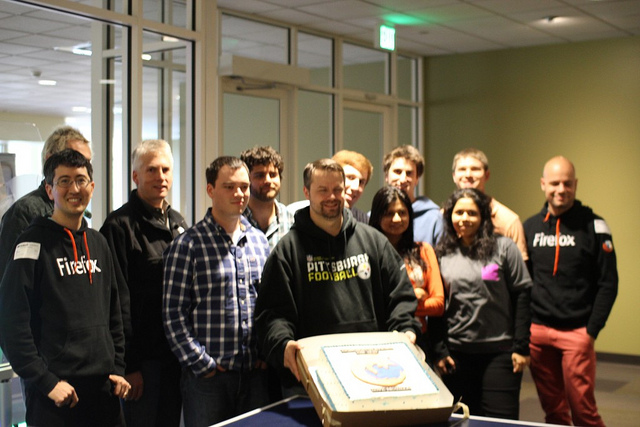