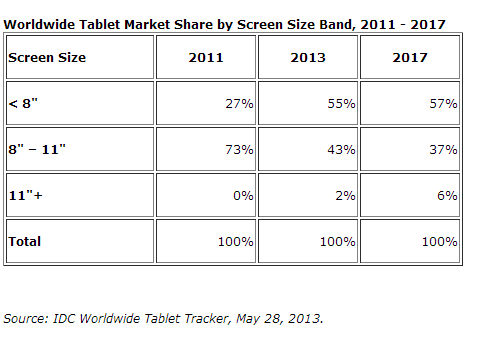 “Tablets surpassing portables in 2013, and total PCs in 2015, marks a significant change in consumer attitudes about compute devices and the applications and ecosystems that power them. IDC continues to believe that PCs will have an important role in this new era of computing, especially among business users. But for many consumers, a tablet is a simple and elegant solution for core use cases that were previously addressed by the PC,” said Ryan Reith, Program Manager for IDC’s Mobility Trackers.