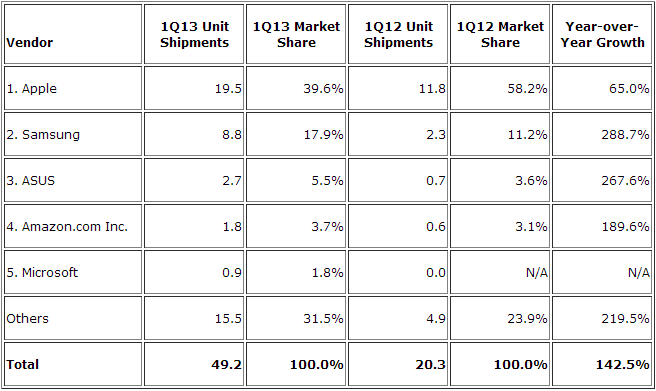 “Sustained demand for the iPad mini and increasingly strong commercial shipments led to a better-than expected first quarter for Apple,” said Tom Mainelli, Research Director, Tablets at IDC. “In addition, by moving the iPad launch to the fourth quarter of 2012, Apple seems to have avoided the typical first-quarter slowdown that traditionally occurred when consumers held off buying in January and February in anticipation of a new product launch in March.”