According to a new study commissioned by software giant Microsoft, the current spending on public and private IT cloud services will generate nearly 14 million new jobs worldwide by 2015. IDC’s research predicts revenues from cloud innovation could reach $1.1 trillion per year by 2015, which, combined with cloud efficiencies, will drive significant organizational reinvestment and job growth. 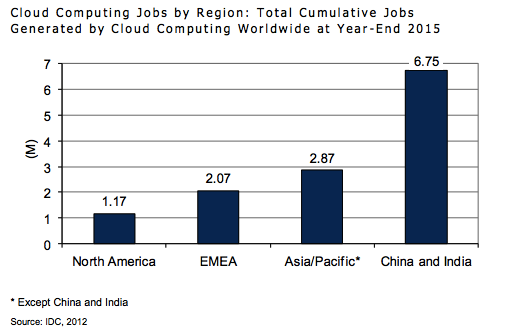 India and China, in particular, are expected to produce nearly 6.8 million “cloud-enabled jobs” between 2011 and 2015, something that IDC asserts can partly be attributed to the relative size of their workforces. The research firm points out that most new job created as a result of the growth of the cloud computing industry as a whole will be generated in emerging markets. 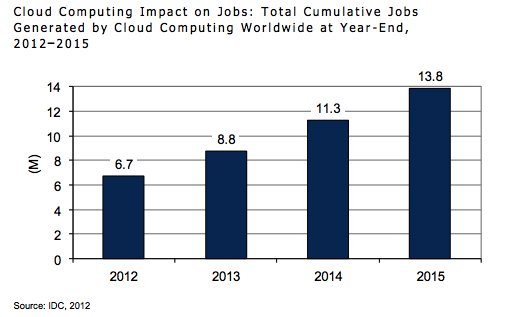 The study results seem to indicate one of thebeauties of cloud computing — it frees enterprises from the constraints of the client/server model, where up-front investments in infrastructure are required to pursue technological solutions to business problems. Emerging markets, small cities, and small businesses have as much access to the benefits of cloud computing as large enterprises or developed nations. 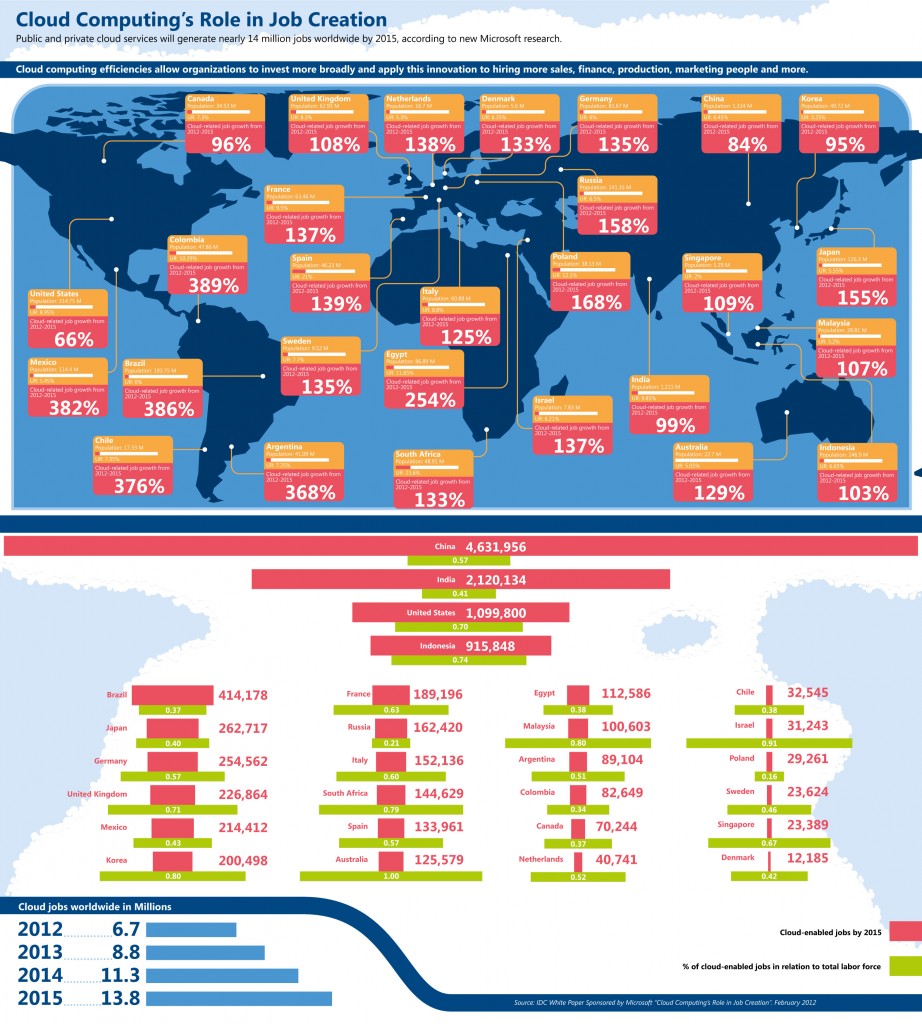