It was way back 25 years ago when at twin press conferences in New York and Miami on April 2, 1987, IBM unveiled its plans to reinvent the PC industry. The company introduced four new computers dubbed the PS/2 line, including an $11,000 model which it said was seven times faster than current models. The new products include 32-bit processors, fancy graphics, 3.5″ floppy-disk drives and optical storage. And, now today, it marked its twenty-fifth anniversary. 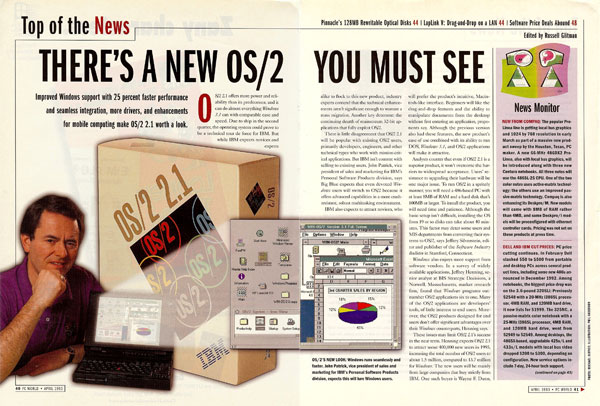 When it was announced, Tech writer Esther Schindler remembers:

I happened to be working at [leading software developer] Lotus as a contractor 25 years ago, on the day OS/2 1.0 was announced. A couple of guys had been locked in a room in the basement with several PS/2s and OS/2 1.0…and emerged to show up the marvelous capabilities of the new hardware.

OS/2 promised multitasking, not just task switching. It knew how to handle memory…It did a heck of a lot of cool things…I don’t think it’s easy for young whippersnappers to grasp how big a deal the PS/2 and OS/2 were at the time. We were certain, absolutely certain, that nothing would be the same again. The closest I can come to it was the reaction after the first iPhone was released: the sense that It’s all different now.

As it turns out, the PS/2 and OS/2 1.0 didn’t have the impact everyone expected…but we thought they would.

Happy b-day, OS/2. When I was at Microsoft, we did our Windows development on you, since Windows/DOS was too unstable.j.mp/HPk5Ny

A 1993 episode of the public TV series The Computer Chronicles had a skeptical-sounding title — “Whatever Happened to OS/2?”:

Here’s a commercial that tries to explain OS/2 to non-nerds, although it feels like the spot gives up halfway through:
About the Author
Editorial Staff