Looks like Windows Phone is finally knocking the door of Chinese mainland with the launch of HTC Titan phone in the country. The phone made its debut (reported Sina Weibo via Engadget) with the opening of HTC’s first Chinese flagship store in Beijing even further a site name Sina Tech’s Zang Zhi Yuan noticed that the phone is available for pre orders. The phone specs include a 4.7-inch, 480 X 800 LCD, eight-megapixel back camera and 1.3-megapixel front camera. The phone is priced at ¥4,399 (about $55). 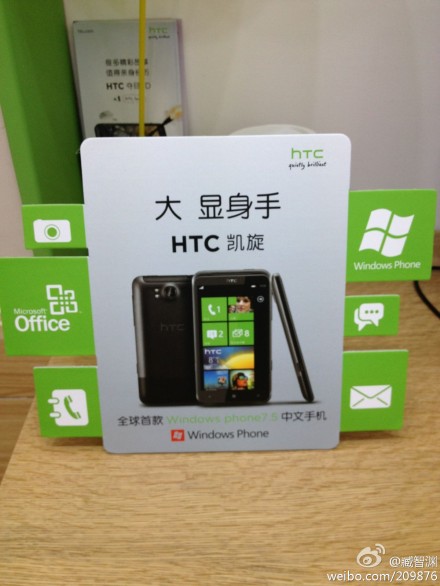