HTC has released unaudited financial results for the first quarter of this year, which show that the company’s total revenue has fallen by a dramatic 34.9 percent as compared to the same period in 2011. Total revenues fell from NT$104.2 billion (about $3.5 billion) to just NT$67.8 billion (roughly $2.3 billion). January was particularly painful for the firm, with revenues of NT$16.6 billion (around $565 million) as compared to NT$35 billion (approximately $1.2 billion) in January last year — a drop of more than 50 percent. Despite revenues only falling by around 35 percent, the company’s net income after tax fell by 70 percent year-on-year. 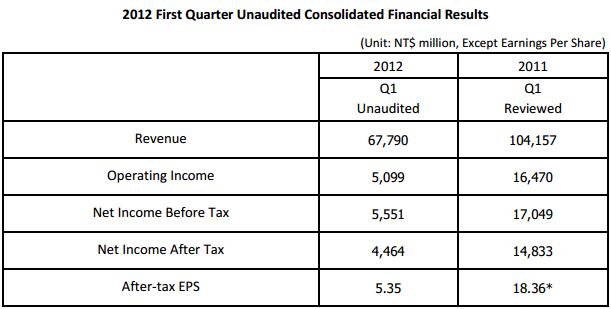